You say the Med is dead. We say it isn’t so, and we’re not talking about the new noise regulations in Magaluf… Plunge down here to see what life “under the sea” can offer; we’re only skimming the surface. 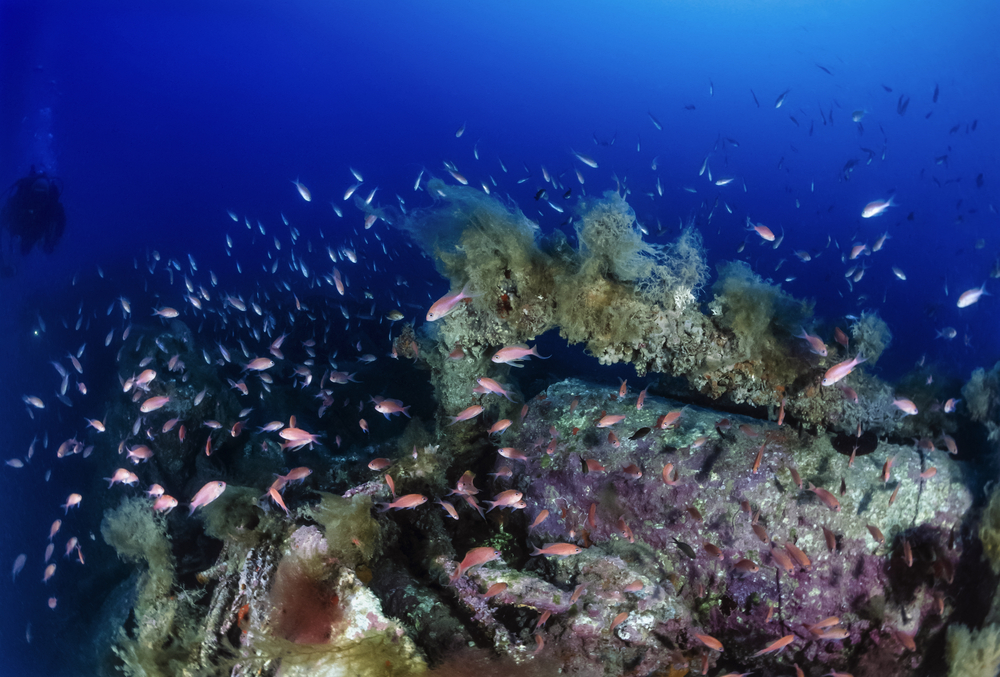 Sardinia is a top Italian diving spot especially around the Archipelago of La Maddalena and the Marine Park of Lavezzi. Almost every imaginable form of marine life is present here, including loads of groupers and barracudas alongside aged octopus and moray eels living along fabulous rock formations and caves. There are forty odd dive sites to explore, including Angelika, a Japanese cargo ship that sank in 1982 (carrying cement, doh!), and a cave dive not to miss at Paganetto Rock. 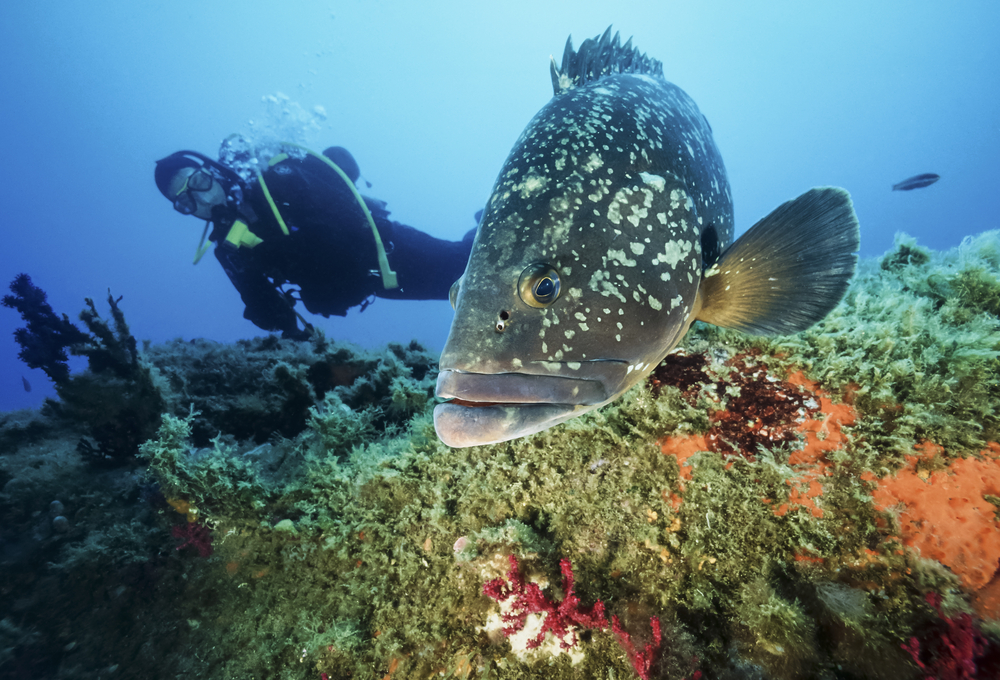 Corsica is part of the French Cetacean Sanctuary where dolphins and whales can be regularly found. Trenches, pinnacles and seamounts, canyons and rocky ridges, all free from pollution in this protected sanctuary, are a fan favourite of diving enthusiasts. Experts recommend the 26 metre ‘Le Bombardier’ shipwreck, La Punta Muchilina at Cargese, ‘La Pecorella’ wreck at Porto Vecchio, and the ‘La Grande Vallee’ at Propriano for exploring.

On the French Riviera, between Hyères and St. Jean Cap Ferrat, at least 50 great diving spots leave enthusiasts spoilt for choice. There are in fact 25 in the bay of Villefranche alone. At Saint-Jean-Cap-Ferrat, check out the wreck ‘Le Sheherazade’. In the Bay of Saint-Tropez, you’ll find the ‘Rubis’, an old submarine built in 1931, which was sunk by the French Navy for training purposes. The wreck ‘Chalutier de la Garoupe’ is near Antibes. The diving off Les Iles de Lerins near Cannes also has some great spots including ‘La Balise de la Fourmigue’. Further up the coast, La Gabini off L’ile de Port-Cros, is renowned for under water cliffs, barracuda, and huge groupers. An interesting shallow dive is LST 282, a tank landing craft wreck near St. Raphael, which was sunk by a German fighter plane in 1944.

Popular with diving enthusiasts, Premuda Island is 6 miles long and has two WWI and II wrecks. The vaulted ceilings of the Katedrala come alive, where a stained-glass window effect, produced by a system of connected underwater caves, illuminates the ceiling. Check out the scorpions, damsels, wrasse, bream, gobies, sponges, corals, and a whole load of urchins. SS Taranto lies not far from Dubrovnik. It sank in 1943 after hitting a mine. Ten metres in the shallows, it drops to a depth of 52 metres. Dolphin lovers should go to Bol.

Patrol Ship PBR 512 (which was intentionally sunk for rocket practice in 1983), WW1 Austro-Hungarian Destroyer Zenta, WW1 Bouclier Class French Destroyer, Dague, (she struck a mine in 1915), and a WW2 Airplane Wreck (a mystery aircraft discovered in 2008) can all be found off the coastline of Montenegro for serious wreck diving aficionados.

Only five miles from Turkey, Chios Island in Greece has its own answer to the Aussie ‘Great Wall’. Here you’ll find walls of rock bursting with life and colour as well as shipwrecks. You should venture to Marathonisi, affectionately called Turtle Island, where loggerhead turtles go to lay their eggs in the small islet of Laganas Bay. Watch them gliding past you, and give a little wave. ?

First time divers and beginners will thrive around the Island of Gozo. Its crystal clear water and low risk of encountering dangerous fish varieties will squelch whatever nerves first timers have about going under. Ideal for underwater photographers, visibility is excellent even around 30 meters down. For the more seasoned pros amongst you, black diamond dive sites here include the Blue Hole and Inland Sea, Reqqa Point, Cathedral Cave, and Billinghurst Cave. There are also three wreck dives, including MV Xlendi, which was purposely-sunk to create an underwater attraction.

The Mediterranean vs The Caribbean: Which Is Your Favourite Season?

Wanderlust: Why more yachts are choosing to cruise the ‘True Caribbean’

It’s not all tartan, tweed, and whisky: highlights from the Hebrides