World Superyacht Awards: USPs Of 5 Of Our Favourite Winners

The World Superyacht Awards (WSA) is one of the most glittering events in the yachting calendar, but it is about a great deal more than free-flowing Champagne and canapés.

The WSA event showcases the most exciting trends in yachting, ushering in the shining future of yacht design and technology, while also paying homage to the very best of yachting heritage. This year’s event took place on the 18th of May in Old Billingsgate in London, where the superbly-restored Victorian building on the banks of the Thames proved a fitting setting for a ceremony celebrating the very best of old and new luxury yachts.

In a year that saw fierce competition across 17 categories, including an ageing cruise ship converted into spectacular superyacht, heritage yachts lovingly restored (and emulated), and a vast three-masted sailing yacht moving yachting propulsion into a greener future, there are so many vessels that deserve to be celebrated. Below, we look at five winners that we think had the biggest unique selling points this year.

What made these five yachts succeed at the World Superyacht Awards 2019? 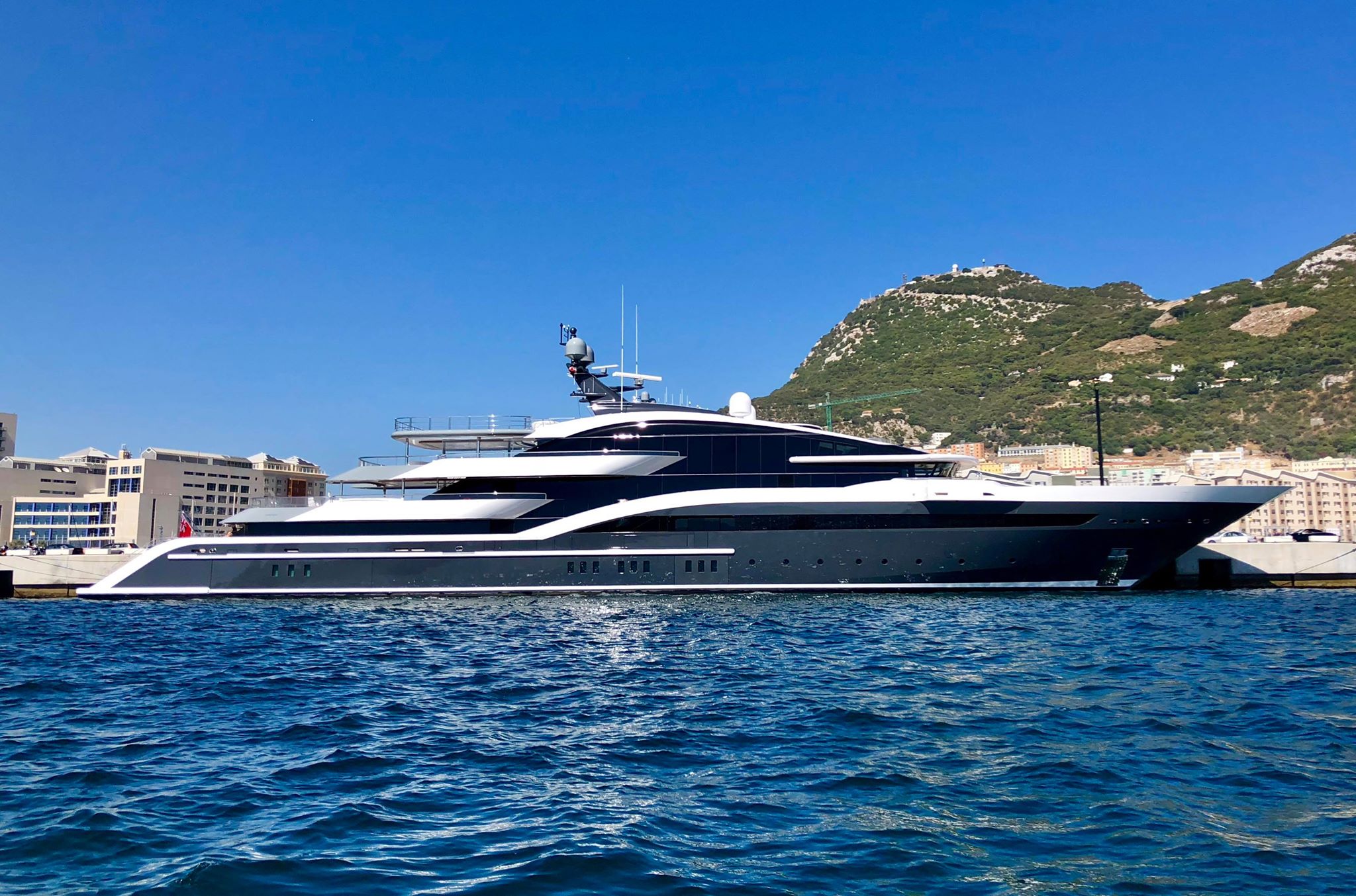 In a category that pitted some of the most extraordinary yachts afloat against each other, the 90m DAR from Oceanco came out on top. With a stunningly sleek black and white exterior modelled on the lines of a shark (not for nothing was the build name ‘Project Shark’), the yacht was admired for its innovative use of more than 400sqm of black glass, which was mounted flush to the superstructure in an impressive design and installation feat. Other unique features that impressed the judging panel were the waterfall feature cascading into the aft deck pool and a beautiful light-filled interior inspired by nature.

DAR also won in the category of Motor yachts over 2000GT, edging out the spectacular WHITE RABBIT, the world’s largest superyacht trimaran, and ELANDESS with its magnificent semi-submerged viewing lounge; both yachts received special commendations in the hotly contested field.

Sailing Yacht of the Year: BLACK PEARL Sails into the Future 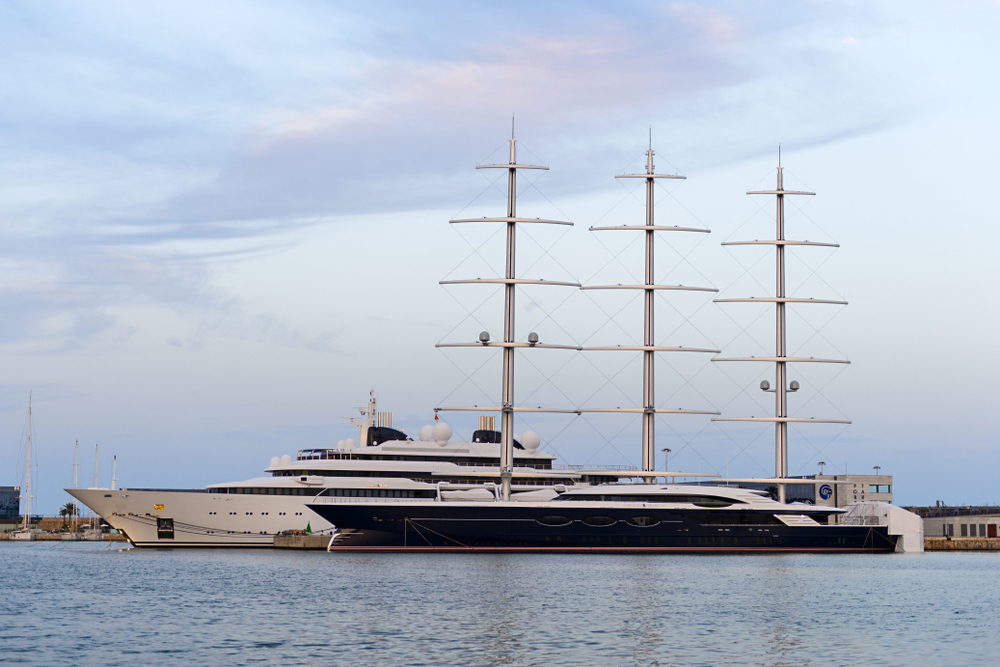 At a vast 106m, the three-masted Dynarig schooner BLACK PEARL takes what the iconic MALTESE FALCON began and runs with it. Dutch-built by Oceanco to a Ken Freivokh and Nuvolari Lenard design, BLACK PEARL combines all the modern superyacht luxuries with the age-old power of the wind, with this yacht winning acclaim for its ability to cross the Atlantic without a single drop of diesel being consumed. Her 2,900sqm jet black sails have even been prepared for the solar power generation – even though the technology isn’t quite ready yet – while the yacht’s not inconsiderable running power needs are all powered by her shaft generators.

While the judges were faced with a difficult choice for Sailing Yacht of the Year with outstanding contenders such as the exquisite modern classic VIJONARA in the running, the verdict was clear – BLACK PEARL must take the Neptune Award for guiding large yacht design into a greener future. 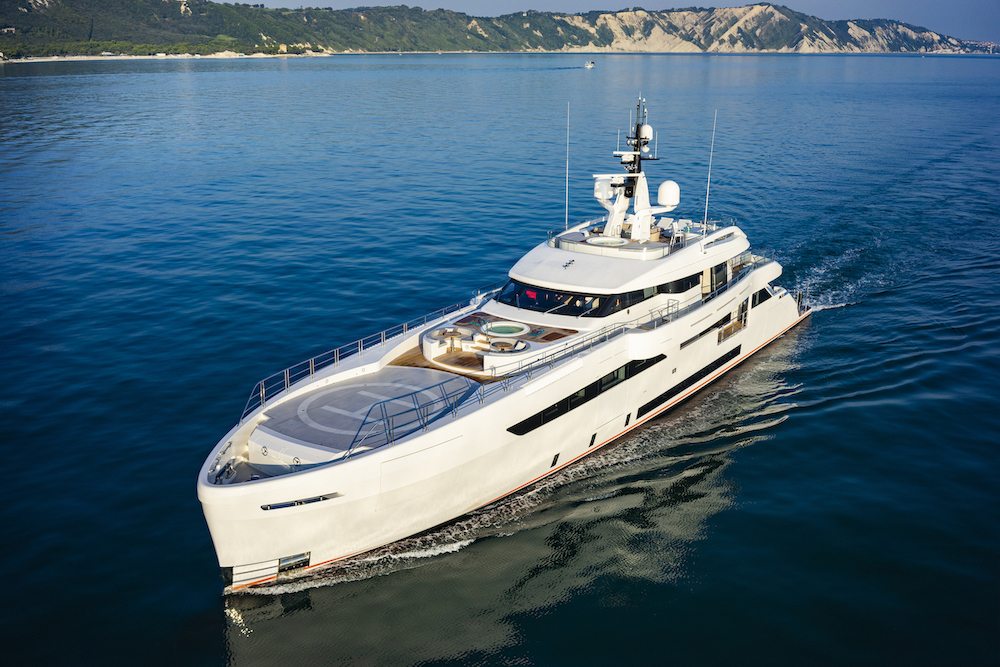 Building more environmentally-friendly yachts is a growing trend in the superyacht industry and CECILIA proved a worthy winner in the 40m+ category, with fuel-efficient propulsion from her diesel-powered electric azipods. While some other yachts do utilise this technology, where CECILIA’s design stood out is in locating the engine room in the bow and thus transforming the typical yacht accommodation layout in new and efficient ways. The judging panel were also impressed by the inclusion of float-in tender and submarine bays with convertible beach club – features very rarely seen in this yacht size range.

Conversion of the Year: DREAM — From Tired Cruise Ship into Dazzling Superyacht 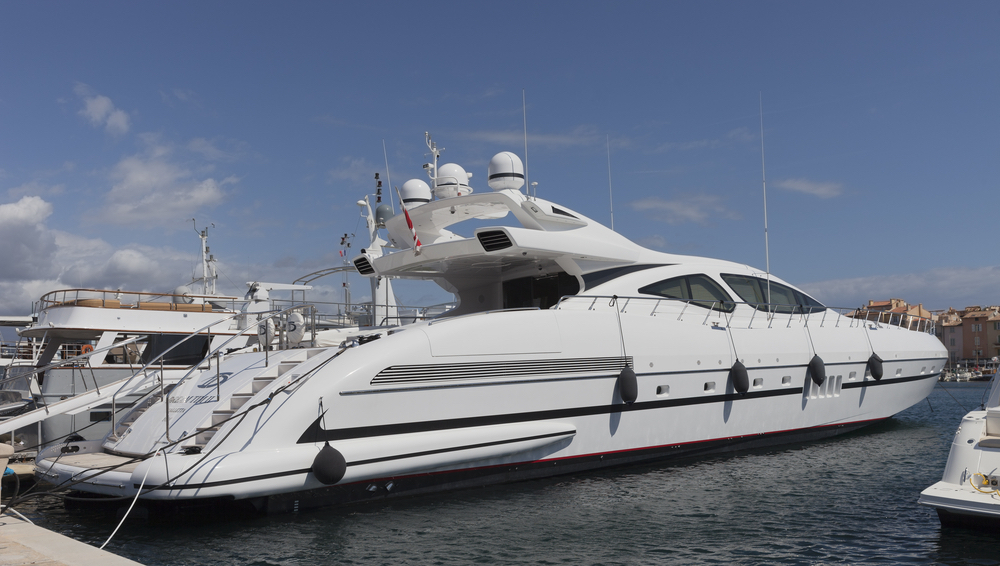 Olympic Yacht Services have pulled something of a magician’s rabbit out of a hat with the stunning conversion of an ageing 93m cruise ship into a 106m superyacht for an intrepid world-travelling yacht owner. Eight years in the making, the project required a completely new superstructure, and the interior was gutted and sandblasted back to an empty shell before the Ciarmoli Queda Studio transformed it into a superb classical beauty with ancient Greek and sea motifs throughout. The conversion of DREAM was a clear winner at the World Superyacht Awards due to the sheer breadth and skill of the metamorphosis.

Continuing on the theme of superb refits, Pendennis Shipyard triumphed at the World Superyacht Awards with the rebuild of the classic motor yacht, HAIDA 1929. The design team of Cox & Stephens Design and Adam Lay were challenged with bringing this historic 71m beauty into the modern age, while still paying homage to her classic pedigree. The project was a roaring success, with an interior befitting a gentleman’s yacht of yesteryear while adding a luxurious Hamman, massage room and hairdressing salon, while original stairwells were reinstated and a larger swimming pool added. In the engine room, judges were extremely impressed with the effort taken to rebuild the original 1929 Krupp engines rather than replacing them.

Superyacht design evolves with each passing year, and the World Superyacht Awards celebrates this extraordinary process and the yacht owners, designers and shipyards that bring the future into being. We can’t wait to see what next year will bring!

Previous articleHere’s What You Missed At The Croatia Boat Show 2019 Next articleMeet M/Y Three Forks: One Of The Most Opulent Classic Yachts For Charter