Porto Montenegro and ACREW are proud to present the 2022 ACREW Crew Awards finalists. The 5th edition of the Crew Awards will take place in the world-renowned Marina of Porto Montenegro on 14th–16th October 2022. After a series of nominations and voting, 20 crew have been chosen across 20 categories, including ‘Best Charter Yacht Crew Award’, ‘Best Deck Award’, ‘Best Chef Award’. The three finalists per category will be judged via video interviews by the judging panel compromised of Captains, senior crew, and industry professionals, the winners will be announced during the Crew Awards ceremony on the 15th of October. 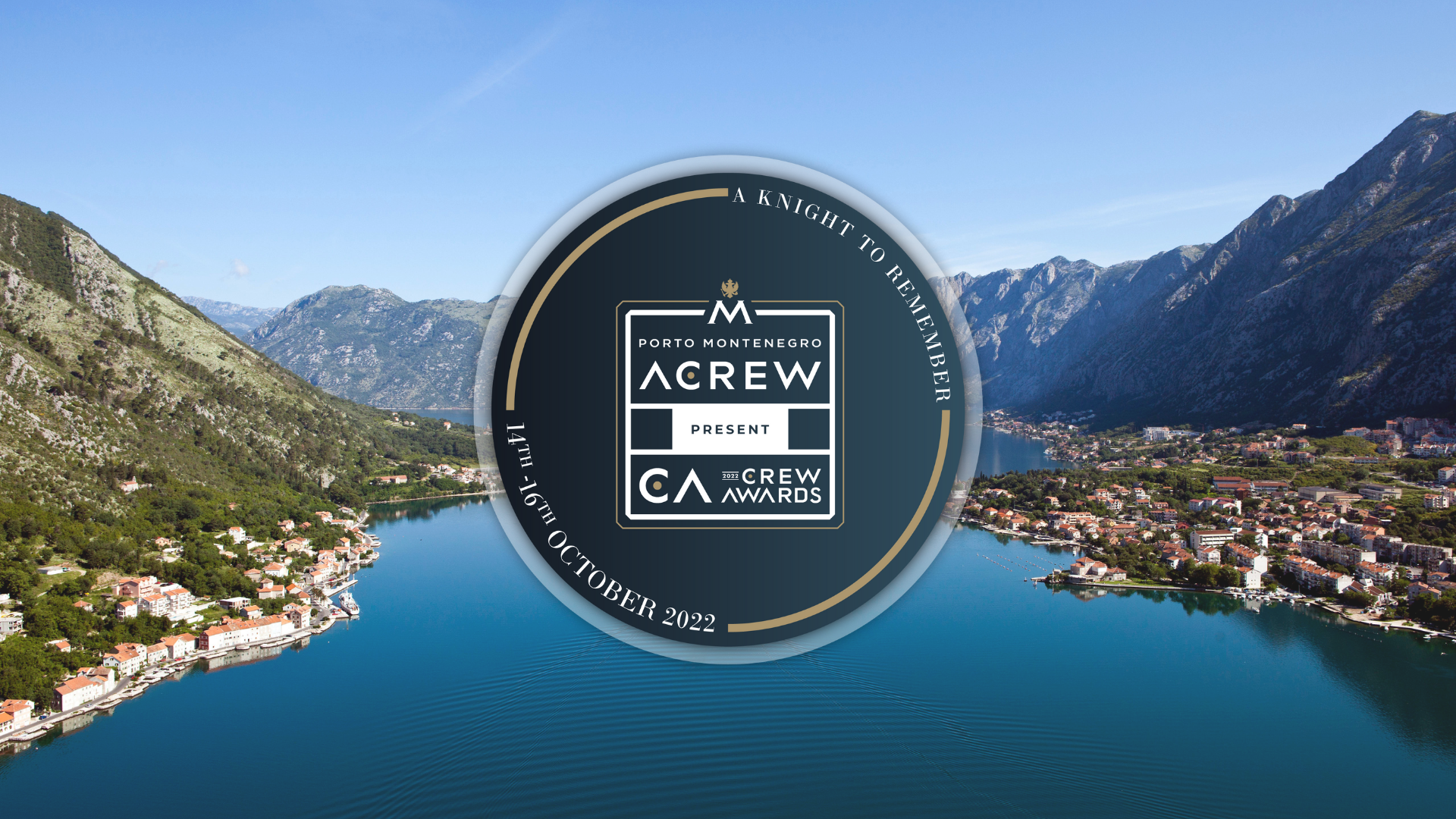 This year’s Crew Awards will have a royal theme, a Regal weekend away and a Knight to Remember. Superyacht Captains, crew, award nominees, and finalists will be invited to attend a weekend full of fun activities in the Mediterranean’s luxury marina village. After a three-year partnership with ACREW, the awards will take place in Porto Montenegro, the world’s first platinum-status marina located on the UNESCO-protected Bay of Kotor. Last year, Porto Montenegro was one of the official Gold Sponsors of ACREW and presented with the prestigious award of ‘World Best Superyacht Marina,’ following their win of ACREW’s Adriatic’s ‘Best Superyacht Marina’ in 2020.

The celebrations will bring together over 500 captains, crew and professionals from Porto Montenegro and other marinas in the Adriatic and the wider Mediterranean. Voting opened on the 6th May 2022 and the ACREW Crew Awards finalists were announced on the ACREW website on 10th June.

There are 20 nominations categories from ‘Best Charter Yacht Crew Award’ to ‘Best Deck Award’ and ‘Best Chef Award’ to ‘Environmental Crew Award’. The three finalists per category will be judged via video interviews by the panel ahead of the main event on the 14th – 16th October, where the overall winners will be announced during the ceremony. The Crew Awards 2022 recognise Superyacht crew members for professional excellence and personal achievements, who have proven to be the very best in the industry across all onboard departments. The judging panel is comprised of former and current senior Superyacht captains and crew who are highly valued in the yachting community. Winners are announced during the Ceremony.

The Crew Awards Ceremony, which over the years has become widely recognised as the most anticipated night in the Superyacht Industry, is famously known for its integrity and glamour. In honour of the awards, ACREW and Porto Montenegro have partnered with top hotels in Montenegro, including The Regent (5*), La Roche (5*) and Helada (4*). In addition, ACREW and Porto Montenegro have organised a charter flight from Barcelona, with a selection of packages available for captains and crew available to purchase directly on the Crew Awards Packages website. Make sure to book your early bird package while you still can!

READ MORE: Book your berth at the top Superyacht port this winter!

“The Crew Awards 2022 is the perfect opportunity for us to have the industry experience Porto Montenegro firsthand, with a weekend full of exciting activities. We are extremely proud to be partnering with ACREW to host such a prestigious event. Located on the UNESCO protected Bay of Kotor, Porto Montenegro is a marina village with an international community; it features five-star hotel, Regent Porto Montenegro, private residences, international fashion boutiques and a vibrant dining scene with world-class gastronomy, bars and restaurants, as well as a year-round calendar of events for crew, residents, families, locals and tourists.”

This year’s finalists include:

In 2023, Porto Montenegro will unveil their new urban village Boka Place, which is currently under construction. Boka Place will introduce a five-star health and wellness lifestyle concept, SIRO, from industry leaders Kerzner International, which features 96 hotel rooms, 144 SIR0-managed residences with the benefit of 5-star hotel concierge services and 69 private residences, which can be managed by M Residences Rental Management Service.

Want to be a part of the crew event of the year and celebrate with the Acrew Crew Awards Finalists? Then, it’s time to book your 2022 Crew Awards Package while you still can!