10 Superyachts Owned By The British Elite

Though many of us associate Superyachts with Russian and Middle Eastern owners, it is actually a reported fact that Britain own the second largest share of the world’s Superyachts… We’ve put together a list of just some of the Superyachts owned by Britians elite, along with their owners.

Prakash Hinduja is one of the richest people in the world. Together with his brothers, he owns the Hinduja Group and has a net worth of $16.2 billion! The Hinduja family business gained it’s elite status through banking, telecom, energy, media and technologies. Param Jamuna IV is the name of one of their rumoured Superyachts. She’s a 48.31m motor yacht and was custom built in 2013 by Rossinavi in Viareggio, Italy. Her beautiful interior and exterior design were forefronted by Team 4 Design.

These two are probably the UK’s power couple in when it comes to Superyachts owned by Britians elite. They have a net worth of $16.9 billion. Former Miss UK and songwriter Kirsty Bertarelli and Biotech tycoon turned Capital giant Ernesto Bertarelli are the proud owners of the 97m Superyacht Vava II.  It’s rumored to cost £250,000 to just fill the tanks of this beast!

Now, Sir Philip Green is the owner of the £100 million, 90m Benetti Superyacht named ‘Lionheart’. Despite his other yachts being available for charter, Lionhart remains off of the market.

Despite his Russian/American origin, Blatnavik now resides in London. And with an estimated net worth of $18.5 billion, he is one of the city’s wealthiest elite residents. He is also an active philanthropist through his Blavatnik Family Foundation. Leonard Baltnavik is the owner of the Nobiskrug 37.8m Odessa II.

Superyacht Hampshire II has just arrived in Belfast and will dock beside the SSE Arena. Hampshire II was built by Royal van Lent Shipyard in the Netherlands and was delivered to her owner in 2012. The 78 metre Hampshire has a beach club and a helicopter deck which can be converted to a playing field for ball games. Guests can also zip wire from the crow’s nest down to the sea. She offers accommodation for up to 14 guests and 23 crew. Picture snapped by Pilot Boat Coxswain David McKeown.

Ratcliffe has made his living in the chemical industry and now boasts a net worth of $5.5 billion. Not only does he own the 78.5m Hampshire II, he also previously owned a 56m Feadship motor yacht, by the same name. 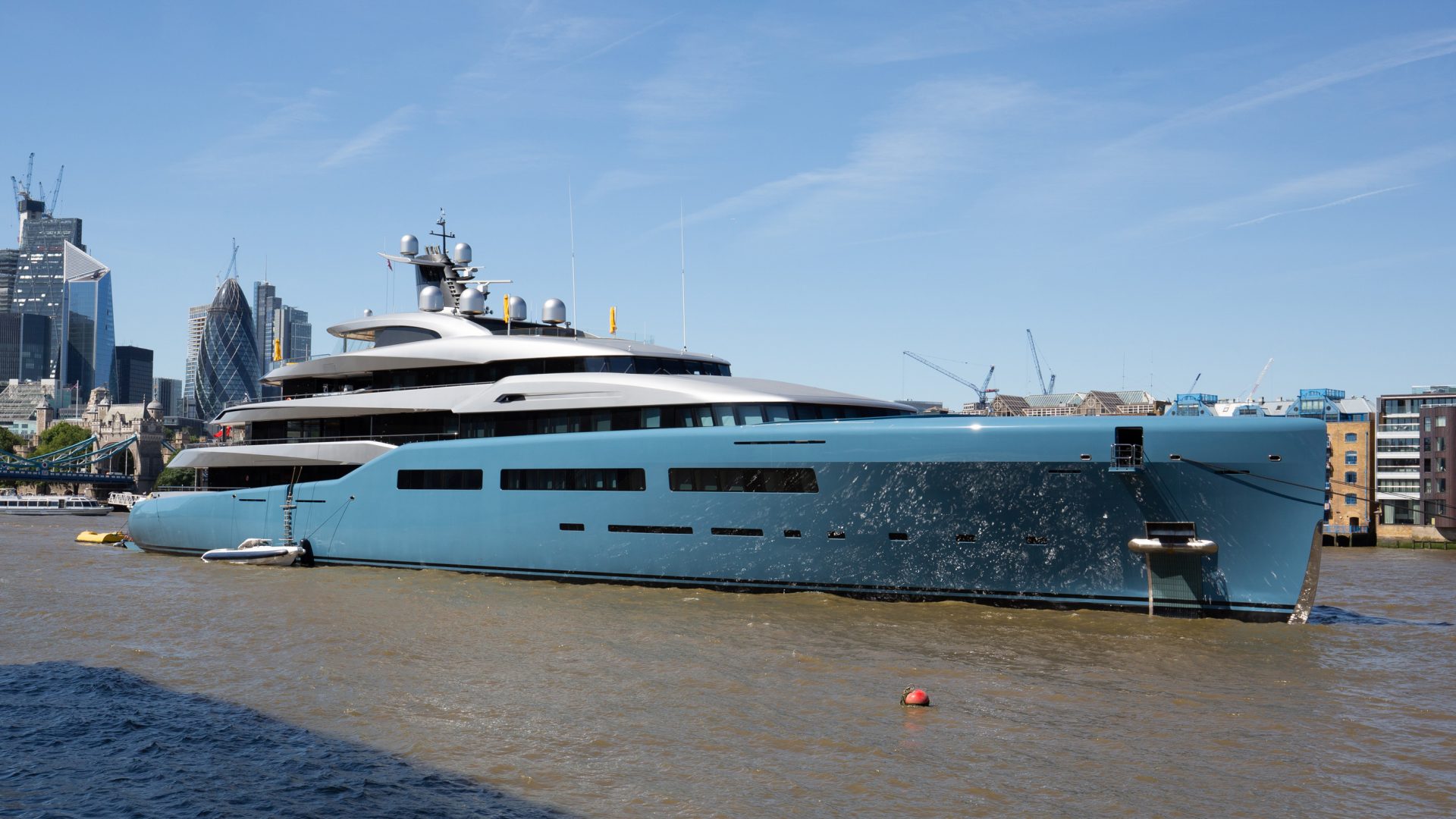 Joe has a tidy net worth of $5.3 billion and runs the Tavistock group. The group have their fingers in many pies, including UK football club, Tottenham Hotspur. Joe Lewis is a man after our own heart who chooses to reside in Lyford Cay, Bahamas. He is  the owner of  the Abeking & Rasmussen, 98m Superyacht Aviva. 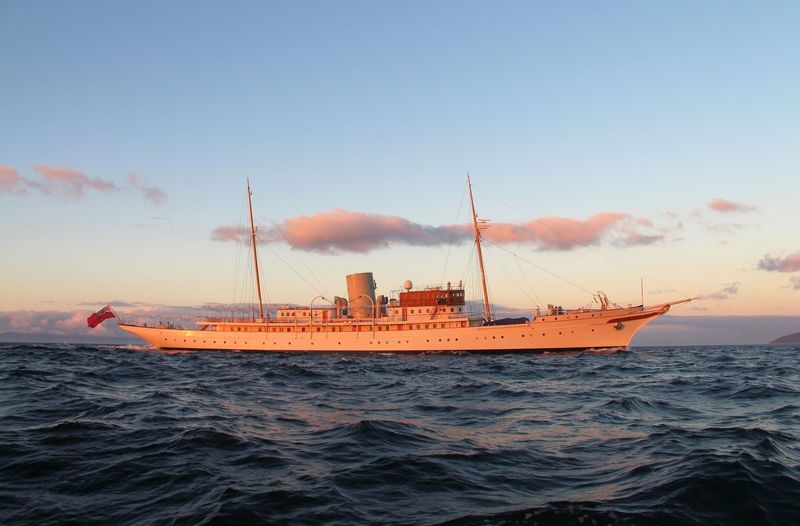 We all know how James Dyson made his fortune. But, just in case you don’t, let us tell you that if you’ve ever used a Dyson vacuum, you have a lot to thank him for! His 91m Superyacht Nahlin is a real thing of class. This is one of the largest classic yachts in the world.

9. The Barclay Brothers and Lady Beatrice.

Sir David and Sir Frederick Barclay are twin brothers who are most famous for owning the Telegraph Media Group. They also own stakes in the London Ritz hotel, and the beautiful 60m custom motor yacht, Superyacht Lady Beatrice – Which was named after their mother.

Last, but most certainly not least, we have Sir Charles Dunston and his Superyacht yacht Shemara. The businessman is worth $2.1 billion, and his yacht has a kind of legendary history. It was rescued from turning into a rotting mess by Dunstone about five years ago and brought back to its former glory. Talking about its glory days, this yacht was notorious for holding some of the most scandalous political parties of the early 20th century.

Can you think of any we’ve missed off our list of Superyachts owned by Britians elite? Let us know over on our socials!

Previous articleAnother one bites the dust: San Lorenzo do it again. Next articleOur HOTTEST ever interview with the award-winning Hot Lab Design