Keel of Freire Shipyards 100m+ Superyacht explorer has been laid 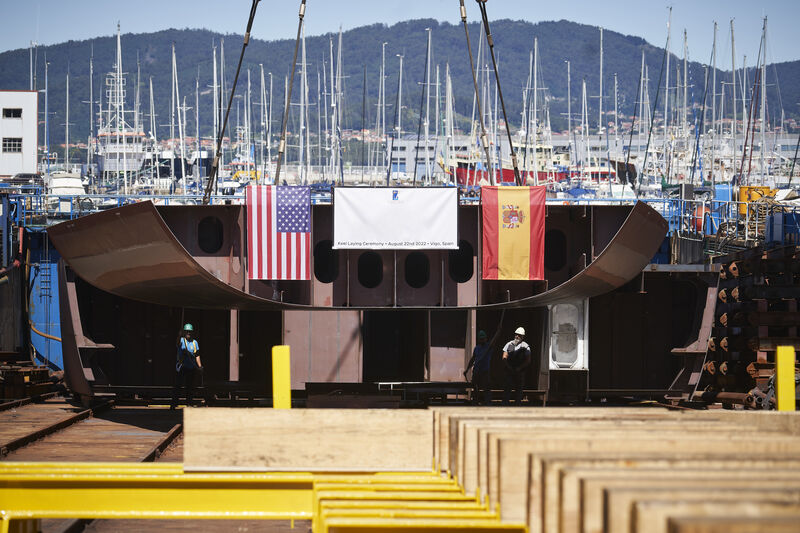 In August 2022, Freire Shipyard laid the keel of a new 100m+ expedition yacht. The shipyard, located in Vigo, Spain announced that behind the keel laying, there is a great deal of design and engineering work carried out in conjunction with the shipowner’s team.

“We are proud of the extremely efficient hull that went through an extensive tank design and testing program, to make it one of the most stable and fuel efficient hull designs,” – Explains the representative of the shipowner.

This project represents for Freire Shipyard its second reference in Superyacht projects of more than 100 meters in length and strengthens its position in this, which is the most demanding segment of the industry. The new construction contract came into force in 2021 and cutting of the first steel plates began in May 2022. The news of the keel of Freire Shipyards 100m+ Superyacht explorer means another milestone has been reached.

Completion of the hull and superstructure is scheduled for August 2023.

Head Of Social Media and Marketing.