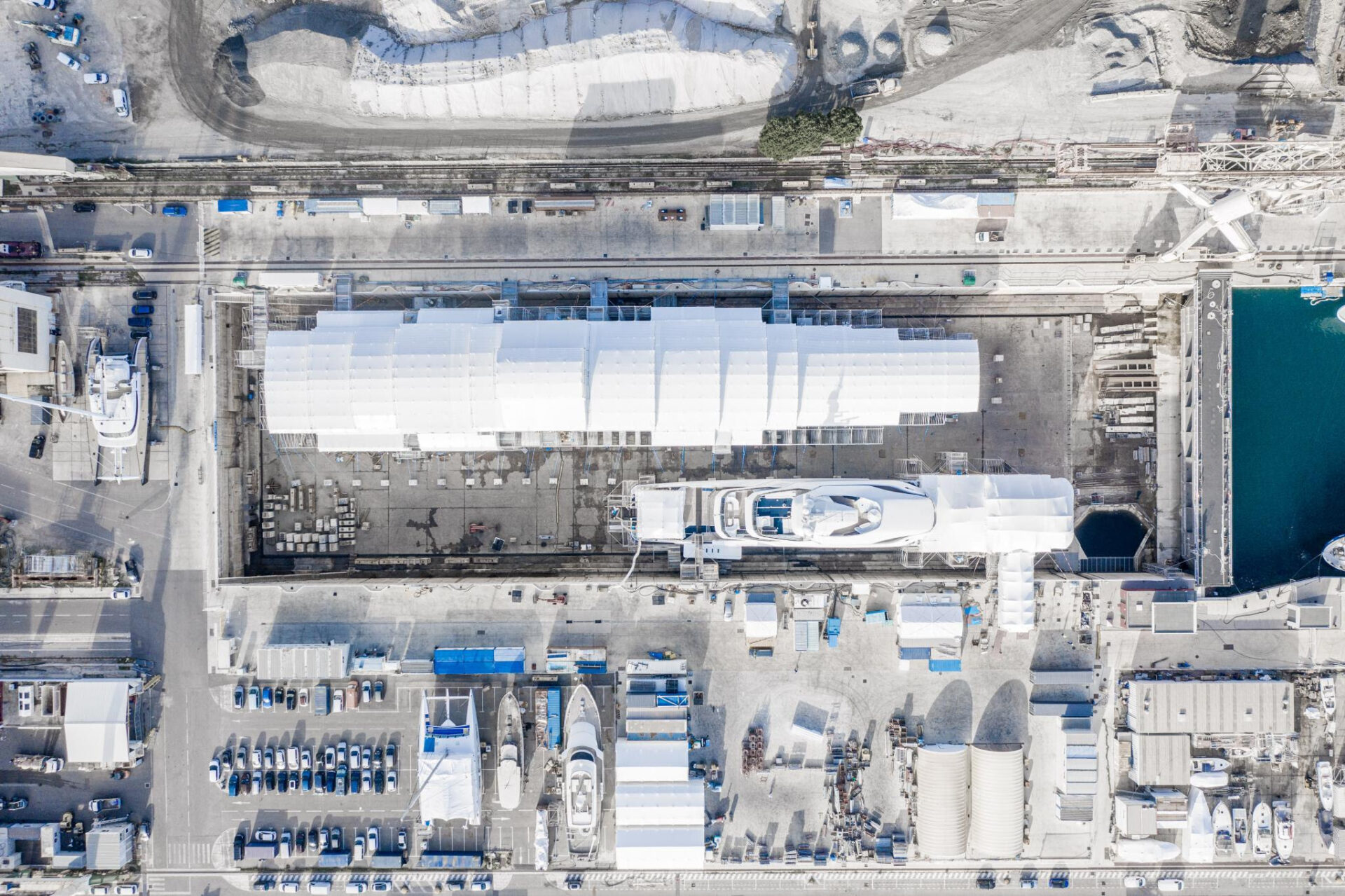 “We are delighted with this decision which will allow us to consolidate our position as France’s leading refitter. As well as allowing us to undertake major investments to further develop our business. A development which will continue to integrate respect for people and the planet.”

Major investments in modernising the infrastructure

The new 20-year occupancy agreement will allow MB92 to undertake numerous investments aimed at modernising the dry dock and nefs B and C. Investments of close to €2O million are planned during this period. They will largely be focused on infrastructure improvements, reducing environmental impact and ensuring the safety of workers on the site.

By the end of this year, the company will have invested more than €60 million alongside La Ciotat Shipyards in their development since 2017. This is including €45 million from the MB92 Group for the 4300t shiplift, which will be launched in September 2022. This new facility will be able to accommodate 6/7 yachts up to 115 metres in length. It’s an ideal complement to the existing infrastructure, enabling the group to cover all segments of the Superyacht market (yachts over 24 metres in length).

Supporting employment and the local community

“Our workforce has been growing since 2017! A progression that is directly linked to the MB92 La Ciotat 200m dry dock operation,” explains Jean-Marc Bolinger, CEO of the MB92 Group.  “The continuity of its use and the launch of the 4300t lift in September will enable us to continue to develop activity on the site. Both within MB92 and for subcontracting companies, the majority of which are local businesses.”

About 70% of the turnover allocated to subcontractors each year concerns La Ciotat and South of France based companies, giving them welcome visibility. Consequently, the development of the shipyard will contribute to improving the skill-base of the region’s flourishing maritime industry.

“MB92 La Ciotat is firmly rooted locally, with deep ties to the sea and a strong maritime heritage. Being able to offer career opportunities to young talent and working alongside local training organisations will help to strengthen this link with our traditions. But also encourage the professionalisation of our sector. The development of the site represents great prospects for all. Bringing a lasting positive impact to the town and the region as a whole.”

Make sure to check out our yacht crew guide for in and around La Ciotat by, clicking here.

By Verity Hodges / 4 days ago
Read more
Shipyards and Marinas