Nautilus Recovers More Than £2.75 Million For Crew In New Record

In 2022, Nautilus International recovered a record amount of unpaid wages and benefits for members in the yacht sector, more than £2.75 million. 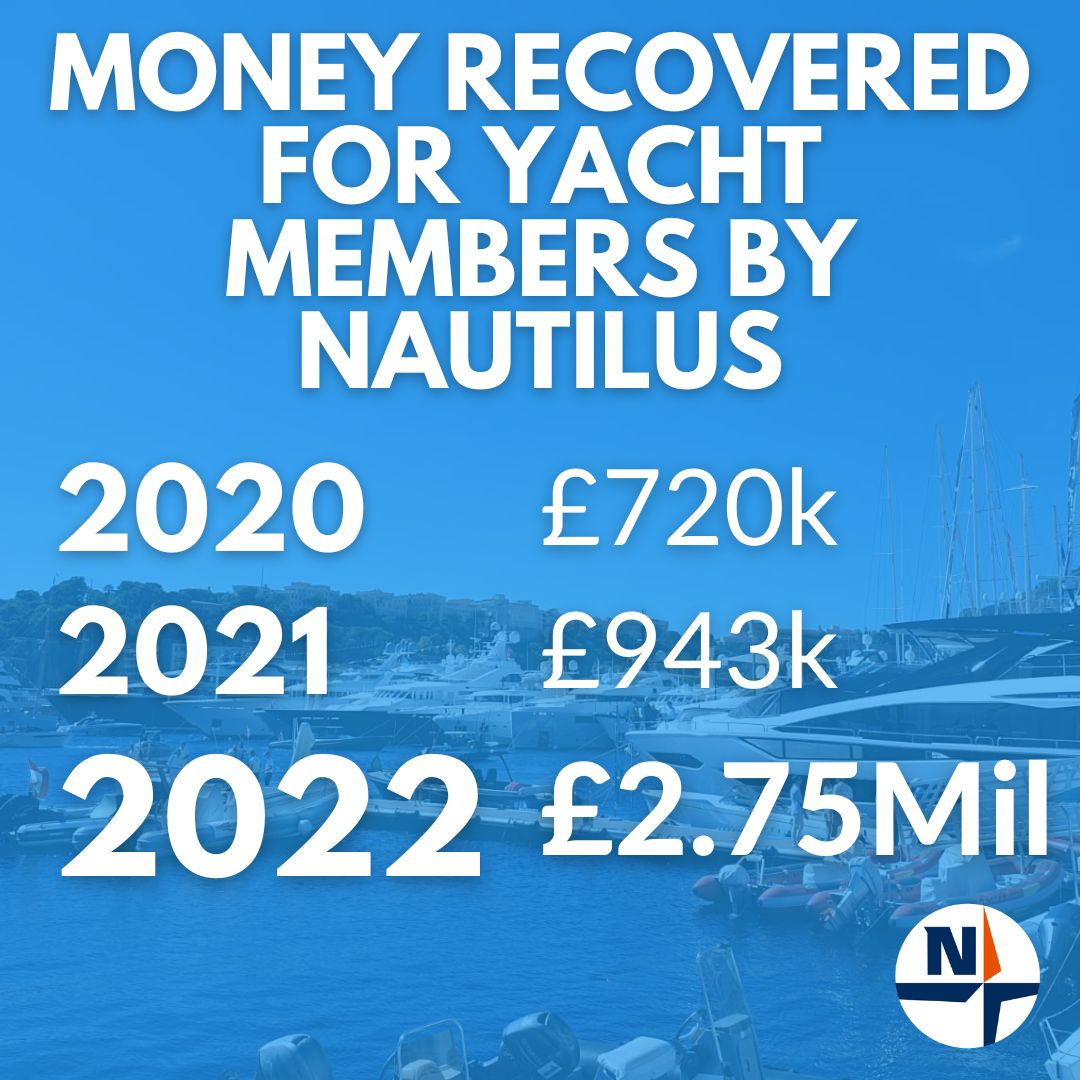 Union members – who must remain anonymous due to the sensitive nature of their work and non-disclosure agreements – have expressed satisfaction with their service. A service stewardess on a Cayman-flagged vessel in the Med said:

‘Thanks for getting involved [Nautilus], as I am the only person onboard who has received salary for November. If you hadn’t intervened, I’d still be waiting!”

Derek Byrne, head of the Union’s yacht sector stated: “We are proud to have helped so many of our members receive the pay that they have earned, but which had been denied to them before our intervention.”

“Maritime professionals work hard and deserve to be paid their wages on time and in full. Unfortunately, this is not always the case in the yacht sector. The figure we have achieved in 2022 should remind those working on yachts that Nautilus membership is an essential safeguard against non-payment of wages, or other poor treatment by employers.”

Read More: 6 Tips To Prevent Piracy Attacks Onboard Your Yacht

Significant growth in the number of members working in the superyacht sector over the past year is reflected in the 2022 figure. Recognised by the International Labour Organization, Nautilus International is the global trade union for the yacht sector.

The increase in recovered wages can also be attributed to several cases of non-payment involving members working onboard Russian-owned yachts, which have been affected by ongoing sanctions due to the war in Ukraine.

“2022 was a difficult year for many in the sector.” Mr Byrne noted. “It goes to show that global events can and will impact seafarers in unexpected ways. However, Nautilus International stands ready to assist our members in any way we can.”

To Learn More About Nautilus, Visit Their Website.
Previous articleTaylor Made Designs Sets Up First TradeHub In Europe Next articleHow To Market Your Superyacht Business

By Lucy Johnson / 2 days ago
Read more
Shipyards and Marinas