On Board M/Y Goose: A trip back in time for our MD

Home Superyacht News Charter & Brokerage On Board M/Y Goose: A trip back in time for our MD

Superyacht Content’s Managing Director, Mark Upton, took a trip back on board M/Y Goose at the 2022 Monaco Yacht Show, where she was listed for sale with Cecil Wright. It was on this classic vessel that he landed his first Superyacht crew job before moving up to become a yacht captain. Mark, however, remembers Atlantic Goose (her name when he worked on board) as being more than just the first yacht he ever worked on, it was also where he met his wife, Victoria.

In our interview with Mark, we learned more about the yacht’s legacy, and how it felt to return aboard after 25 years. 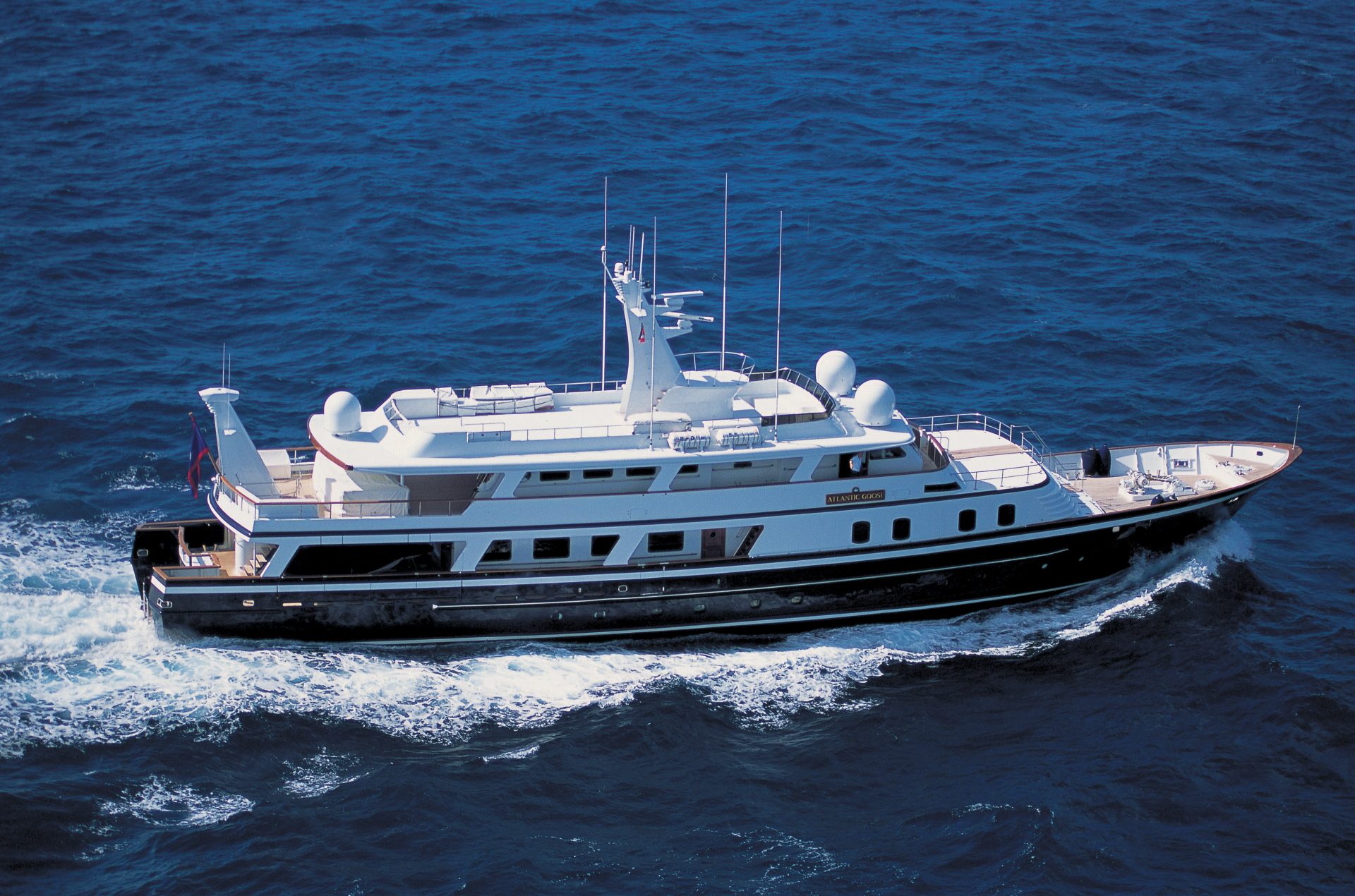 Built to Lloyds class by renowned UK shipyard Tough Brothers and completed in 1987, M/Y Goose was launched originally as BRAVE GOOSE – the second yacht by the same name belonging to the late Sir Donald Gosling. She was rebuilt in 2000 and has been meticulously maintained ever since, with the most recent significant work taking place in 2021/2022. The vessel has just passed her Lloyds 5-Year survey.

M/Y Goose can accommodate up to 10 guests across five deluxe suites comprising a full-beam master stateroom on the main deck with a further four en-suite guest cabins positioned amidships on the lower deck for maximum comfort. Further accommodation can sleep a crew of ten to ensure a high level of guest service.

The contemporary but country-style interior for Goose was conceived by H2 Yacht Design and features delicate walnut and ash wood paneling and fine soft furnishing fabrics in the expansive interior guest lounge. 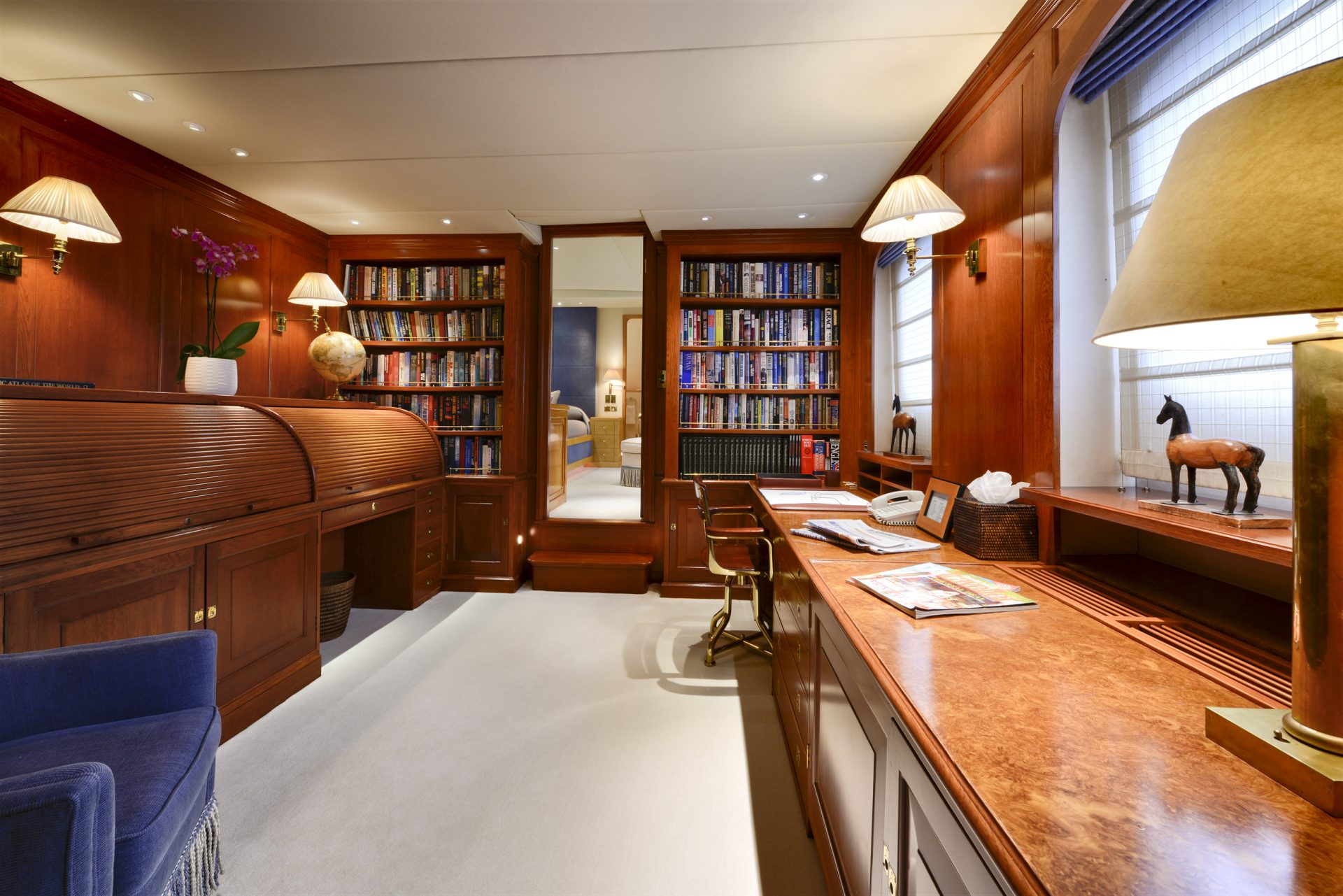 1. How long did you work onboard M/Y Goose, and what was your role on board?

MU: I joined “the Goose” as a deckhand on 11th October 1997. 25 years ago today. I joined in Hamilton, Bermuda, just before a boss trip before heading south to the Caribbean. I was only actually on board for about 10 weeks due to the owner going through the process of buying a new yacht. So, at the end of December, a few of us moved on to the new yacht.

2. Having worked on a few vessels in different roles, what sets M/Y Goose apart from other Superyachts you worked aboard?

MU: She was and still is a very traditional design. She probably bridges the gap between yachts of the 60’s and 70’s, and the more modern design of a full-width owner’s cabin. However, by modern standards, she is still small, compared with recent yachts of the same length. At the MYS she was next to M/Y Gitana, which is a very similar length but looks a whole lot bigger.

3. Stepping back on board 25 years later, how did that feel? Has the vessel’s interior changed dramatically? Does it have the same atmosphere?

MU: To me, she seems exactly the same. A lot has changed really as she’s been refitted, but the feel and style are still there, and still the same. She’s such a classic.

4. During your time on Goose is there a memory/destination that sticks out to you as your favourite moment onboard?

MU: My first day on board. It was the day I met my future wife for the first time. I knew right then and there. Unfortunately for me, she didn’t see the attraction straight away! Bermuda and Atlantic Goose will always hold fond memories for me.

MU: I think the previous owners of The Goose all fall into the same category. Traditional British owners who view the yacht as a home from home. The current Captain and I both described her as a “country cottage’. She is like a home-from-home, comfortable, familiar, and a place you look forward to being. I think the new owners will be similar. She’s a great yacht to travel on and be comfortable on when you get there. Ideally, someone who will be sympathetic to her history and maintain her as a classic yacht, rather than try to modernise her aesthetically too much. It would be great to see her looking the same in another 25 years!

Cecil Wright is delighted to announce their appointment as the Central Agent for the sale of GOOSE, the 45m British-built motor yacht, with an asking price of €4,950,000 (excluding tax).

For more information on the sale of M/Y Atlantic Goose, click here.