Great news for Captains – The Corinth Canal in Greece has reopened

Since being closed for over a year due to landslides, marine traffic has had to find alternative routes. However, in recent news, the Corinth Canal in Greece has reopened, with plans in place to remain open until October 2022. 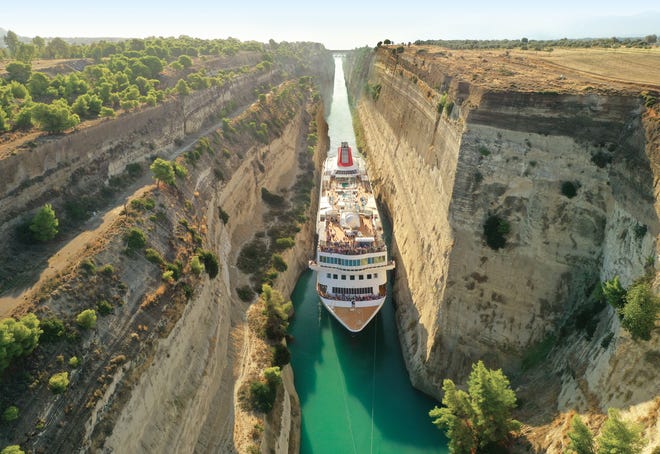 This dramatic, narrow waterway is a major part of any luxury yacht charter between Athens and the Ionian Islands. Among Greece’s most important infrastructures, the Corinth Canal was built in the 1880s and early 1890s as a navigational aid. Crewed yacht charters and general shipping are still served by the Canal today. Additionally, the canal is used for personal boats and cruise lines, making it vital for tourism in Greece. This was impacted by the landslides that occurred in February 2021, and again in July 2021.

Find out more about the closure of the Corinth Canal closure, here

It was reported by the Ministry, that a volume of 15,000- 20,000 square meters of rock from the side of the Peloponnese fell into the canal. In the aftermath of the landslides, the Corinth Canal has undergone massive reconstruction projects. In February 2022, construction began on the project, which cost over 30 million euros.

“Within only one year, we as a ministry were able to follow through with all of the necessary procedures for the restoration plan to become reality,”- the Greek Deputy Minister of National Defense Nikos Chardalias.

As part of the reconstruction, the canal’s existing structures will also be strengthened to repair the damage caused by the landslides. Therefore, it will now be possible for a crewed yacht charter to sail through the unique and memorable Corinth canal and take a shortcut from Athens to get to the paradisal Ionian Islands.

By Lucy Wright / 1 day ago
Read more
Shipyards and Marinas