Two weeks ago, we were thrilled to share with you what we think is the idea of the year: a car club designed exclusively for yacht crew, which would allow you to have access to super cool cars on your time off. Add to that the opportunity to own part of the business and have a say in what cars are purchased and you have a winning idea. Many of you apparently thought it was a great concept as well so we thought we would give you a quick update. Over the past two weeks 2,076 of you read the piece, 254 shared it and today over 60% of the Founding Memberships have now been sold, equivalent to about £200,000 of funding for the purchase of the first cars.

Wondering what the fuss is all about?

If you are a yacht crew and find yourself cringing at the options to rent at Hertz when you arrive back home, let alone the cost, or you just can’t justify anymore what you are spending on insurance for that car you hardly ever use, read on…

Modern Classics is the brainchild of Mark Upton. He has spent his entire professional career in yachting as a crew member, Yacht manager and entrepreneur, and most recently as founder of Crew FO, which is a company that manages tax and financial services for yacht crew. It was there that Mark started to think of ways to address the general frustrations he was hearing about keeping a car. 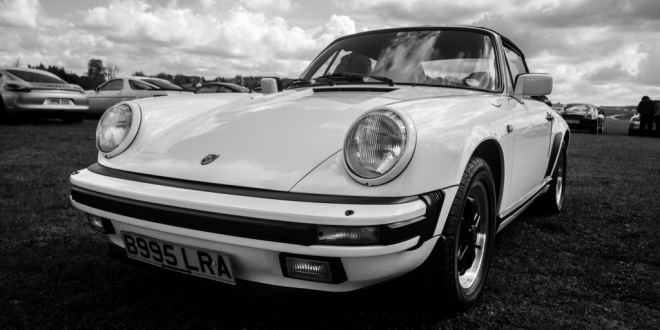 “Since we were already helping crew to find ways to stop wasting their money, I started to think about how we could do cars cheaper for them… and not just any car, but cool ones. And there is one thing you need to know about me for this to make sense. I love cars. I mean I really LOVE cars. I wake up every morning thinking about cars. So the whole thing just started to bother me, and I wanted to come up with a solution.” Enter Modern Classics.

In the UK, the classic car market is booming

There is no capital gains tax on the sale of classic cars. “We put together a company that allows yacht crew to get a decent return on their investment while giving them access to a cool car when they are home on leave,” Mark explained. Besides owning part of the business and getting a say in how the company is run, as a Founding Member you also get three weeks per year, of any vehicle in the fleet, for life. That’s the equivalent alone of about £2500 a year.

They went through the floor and are now climbing back up again in value which makes it a good investment,” Mark continued. In fact by the end of June, Mark expects all of the Founding Memberships to be sold.

“We have enough commitment now that I expect that we will be able to begin to purchase the first vehicles in July, if not sooner,” Mark said. Men, women, crew in their early 20s, and all the way up to senior captains have signed up, but the common denominator is that they are super excited about cars.

As far as we can tell, and we had a hard time finding something even close, this is the first 100% crew funded venture out there. And it seems incredible frankly that it took this long, so good on you Mark!

For the first year, access to the club and cars will be reserved exclusively for Founding Members. Then later this year, the car club will open to all, offering annual memberships to join. “They won’t own the business, but can join as a member for a nominal annual fee of about £100 and will be able to purchase and accrue points to use towards “days” or “weeks” in a car, or cars, going forward,” Mark explained.

A post shared by OliverTheGoldenRetriever (@oliverthegolden1) on May 20, 2017 at 9:05pm PDT

We’ll keep you posted on developments next month as they start putting the fleet together. And there are already ideas for some cool collateral events like a members only rally from London to the Monaco Yacht Show in 2018!