For this year’s Halloween special, we thought we’d try and shock some of you into submission. This is an extract from the diary of a Superyacht Stewardess onboard a large Motor Yacht… Read on, if you dare!

Armed with radios and our biggest smiles, we waved off the Captain as he went to collect the guests for our New Year’s BVI charter. It was number five of ten-week-long, back-to-back charters. Exhausted but exhilarated from the high of an amazing Christmas trip, we were fueled by adrenaline, ready to embrace our new guests.

The most energetic and boisterous, yet bizarre combination of people I’ve ever encountered arrived at the boat and, naturally, the four, seven and nine-year-old children were firing questions, whilst nonchalantly climbing all over the sofas with their chocolate coated hands and sandy shoes. The group consisted of the mother of these three children along, with their two-year-old sister, her boyfriend, and his thirteen-year-old daughter, and the group was accompanied by a nanny in her early twenties. Immediately, it was clear that these children were going to be a nightmare. 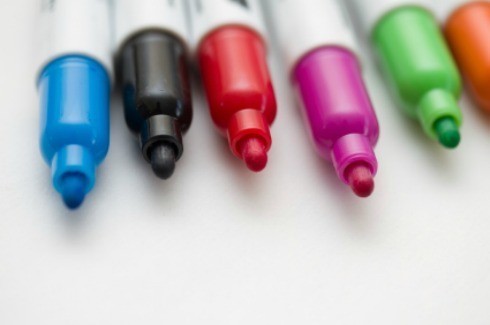 The week began with the wild children fighting with black Sharpies… on our white leather sofas. Without jumping to conclusions too much, it was clear that parenting skills were questionable in this case. “Seven more days…” I said in my head as I walked by, smiling sweetly.

Day two: The nanny was sunbathing on the bow, the parents were asleep, and the kids were roaming free. The two-year-old decided to start climbing the steps, clearly in the “danger zone” that had been laid out on day one. Smack! Luckily her fall came only from the third step, and she was uninjured, but somehow this still didn’t prompt the nanny to reconsider the role of actually doing her job.

Day three: We were all puzzled as to why this group had chosen a yachting holiday as none of them seemed to be remotely interested in the water. On day 3 there was a thunderous crash and as we ran around the boat to see what was going on we noticed two heads bobbing about down below. One seemed pleased with the surroundings while the other certainly did not. The man had decided to take the seven-year-old boy for a swim and this has been met with a very loud protest indeed. After much wailing and shrieking a towel was demanded and dutifully provided. Having removed the salt from his eyes the boy promptly dropped the towel in the sea and scrambled out of the water to safety. The man went swimming alone after that.

Day four: The parents went out to dinner, and the nanny to bed, leaving the kids unattended (what a surprise). Dealing with the shrieking children was painful enough but then the parents returned from the restaurant and proudly showed off the goodies they had picked up whilst off the boat. Stolen goodies. Wine glasses, pens, silverware, linen napkins… In the crew mess, we wondered what they were planning to remove from the boat if this enormous haul was the result of only one night in a restaurant. 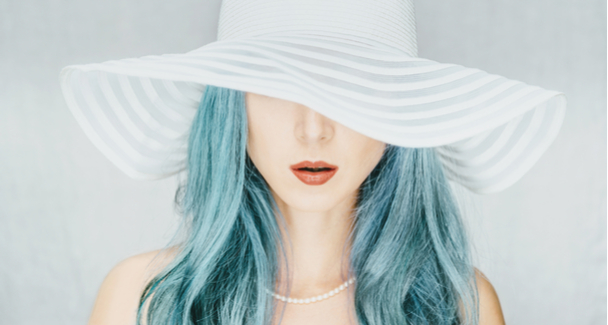 Day five, New Year’s Eve: Anchored at the best spot at Foxy’s, Jost Van Dyke, we were awakened at 5am by screaming children. I lay in bed, thinking surely the parents or nanny would do something. After twenty minutes of the screeching, I gave in and went to see what was going on. The brats had managed to open the porthole and had thrown out the boat’s Apple TV remotes. I put them in “time out”, had a stern word, and shut the door behind me. By now, the crew needed sleep and screaming children were not our responsibility.

By midday, the parents rolled out of bed and the woman’s hair was the brightest shade of blue hair you’ve ever seen. Was this real? We all radioed each other to confirm it wasn’t our delirium… Our fears were confirmed upon entering the master bathroom. Blue. Dye. EVERYWHERE. The white marble counters, walls, and the pristine white sink were splattered with blue dye.

The final day: Drained but still smiling because FINALLY these people are getting the hell off our boat. It all becomes worth it at the end of the week knowing the captain will be handed an envelope & the guests will become a story that one day we will be able to laugh about. Of course, that’s not what happened on this trip. The ‘envelope’ was handed to me. Only the envelope was actually a plastic bag. I looked inside to find a dress belonging to the lady that I’d complimented earlier in the week. That was my tip. The captain got a pair of size 14 Havaianas, but the best was our deckhand, an XL shirt for a petite guy. The receipt in the bag meant he could exchange the size… in theory. Off he went to greet a horrified shop owner, mumbling “Sir, this wasn’t paid for, we’re going to have to take it back from you. Sorry.”

It didn’t end there. The next day, preparing for the next imminent charter, we were all mortified to find that the entire supply of Bvlgari toiletries had vanished and so had the $300 Ralph Lauren scatter pillows from the master cabin, conveniently the same shade of blue as the lady’s new hairdo.

Growing up in a small English town inspired Lauren to learn French in hope of travelling the world. Having landed in yachting by chance, she thrives on the endless adventures, beautiful places and memories made along the way. ☀️

A Culinary Lesson For Chefs On The White Truffle