Joshua Cripps left his job onboard Superyachts to pursue a passion project, inspired by his grandfather. Here he discusses how certain life events changed his career path, and how his desire to find purpose in his life after yachting lead to the creation of his company, The Portable Porter Company. 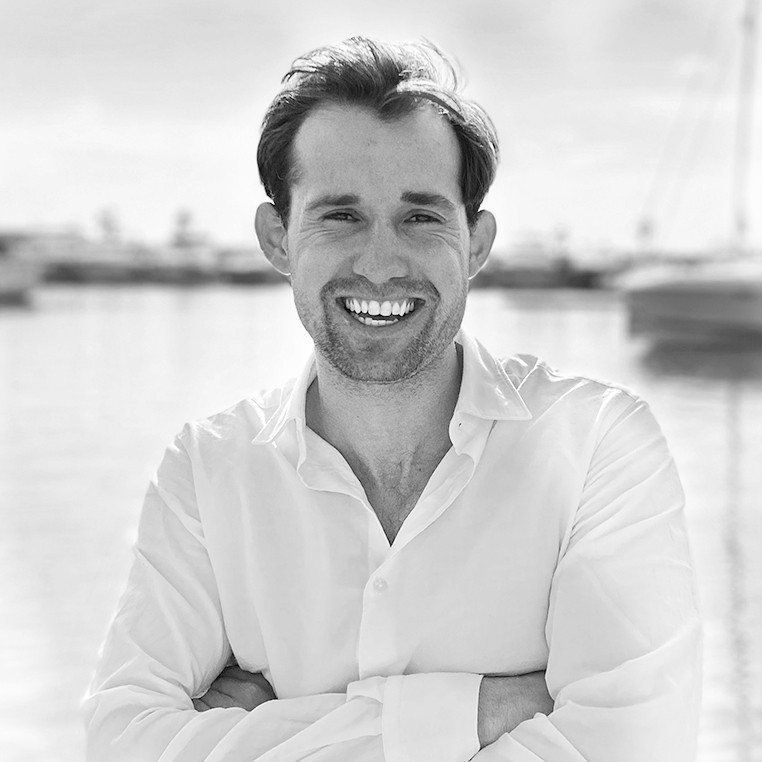 Joshua Cripps didn’t realise he was colourblind when he decided he wanted to pursue a career in yachting. Cripps ignored the diagnosis initially and attempted to get his first job onboard a yacht with an ENG1 that had what every yachtie fears: limitations. So how did the ambitious now ex-yachtie work his way up to Bosun before leaving his career onboard to create a bespoke luggage company?

Having An Exit Strategy From The Start

Starting his career as a 21-year-old with no experience, Cripps discovered he was colourblind during his first ENG1 health check. Instead of giving up his yachting dream entirely, Cripps shifted his career goals slightly, and used his diagnosis to create a life plan:

“[When] I discovered during my ENG1 that I was colourblind, I did not understand the complete repercussions of this and headed out to Mallorca to seek a full-time job. As I learned more about what this meant for a seafarer, I realised the odds were against me to proceed with a long-term career in yachting. There was no possibility of climbing the ladder, which inevitably meant I would become less fulfilled and challenged. I knew I needed to have an exit strategy and think about my future”

Cripps did go on to work on several yachts including S/Y Eos and M/Y Grace E, before working his way up to bosun on S/Y Prana, and finalising his career on M/Y Alicia. Home eventually began to call and Cripps returned to England initially to touch base with loved ones: “I found consistently being away a challenge, relationships with close friends started to slide”.

Apply The Same Work Ethic In Your Life After Yachting

Cripps’ first exit from yachting would be the first of two attempts to ‘fully leave’ the industry, as Cripps notes himself, many yachties find themselves ‘leaving’ at least twice: “It’s funny because I’ve left yachting twice, the first time around it was purely to reconnect with friends and family at home”. Then in 2017, Cripps “ventured into ‘reality’” again to work for a top brokerage house in central London, firstly as a crew recruiter, and then working his way up to Yacht Management assistant, managing a fleet of seven superyachts thereafter.

“For me, yachting has always been about the journey”

It wasn’t until 2018 that Cripps returned to a life at sea, this time with an irrefutable plan for his future life after yachting: “For me, yachting has always been about the journey. My strategy was to get back onboard and save as much money for my future, and get ahead of ‘adulting’”.

As many yacht crew can attest to, yachting does often embed a work ethic like no other, with long hours and demanding clientele, Cripps advises that if the same mentality is applied in land-based work, the sky is the limit: “As most of us know the gruelling hours onboard do teach you to have a relentless work ethic, put your mind to something with the same work ethic you apply on a superyacht and no doubt it will be successful”.

“It was exploring [my Grandad’s story] reading every letter, and speaking to all of my family members, that I knew I had to act on it”

Currently, Cripps’ time is spent in Mallorca, between a full-time role as a Charter Broker and his passion project, the heritage luggage brand The Portable Porter Company. The company was founded during the lockdown, when Cripps and his partner, who had also been in yachting for several years, were seeking an elusive couples position. After speaking to family, and finding the original patents for a luggage design, Cripps decided to pursue it as a business idea.

“I felt for years that I had no purpose, working aboard yachts with no real path, just hoping something would come to me one day. That something did come to me, in the form of a story – a real tangible story that bugged me day and night”. This story was of Cripps’ grandfather creating the first ever wheels on luggage. Cripps explains that: “It was exploring this story, reading every letter, and speaking to all of my family members, that I knew I had to act on it”

With a background in design, Cripps sat down and began to conjure up the first designs of a suitcase: “I spent the next few months during the lockdown, emailing CEOs of top luggage brands, jumping on Zoom calls, and absorbing every piece of information I could. I wrote a 40-page business plan, and worked out exactly how much money I needed”

On Starting A Business After Yachting 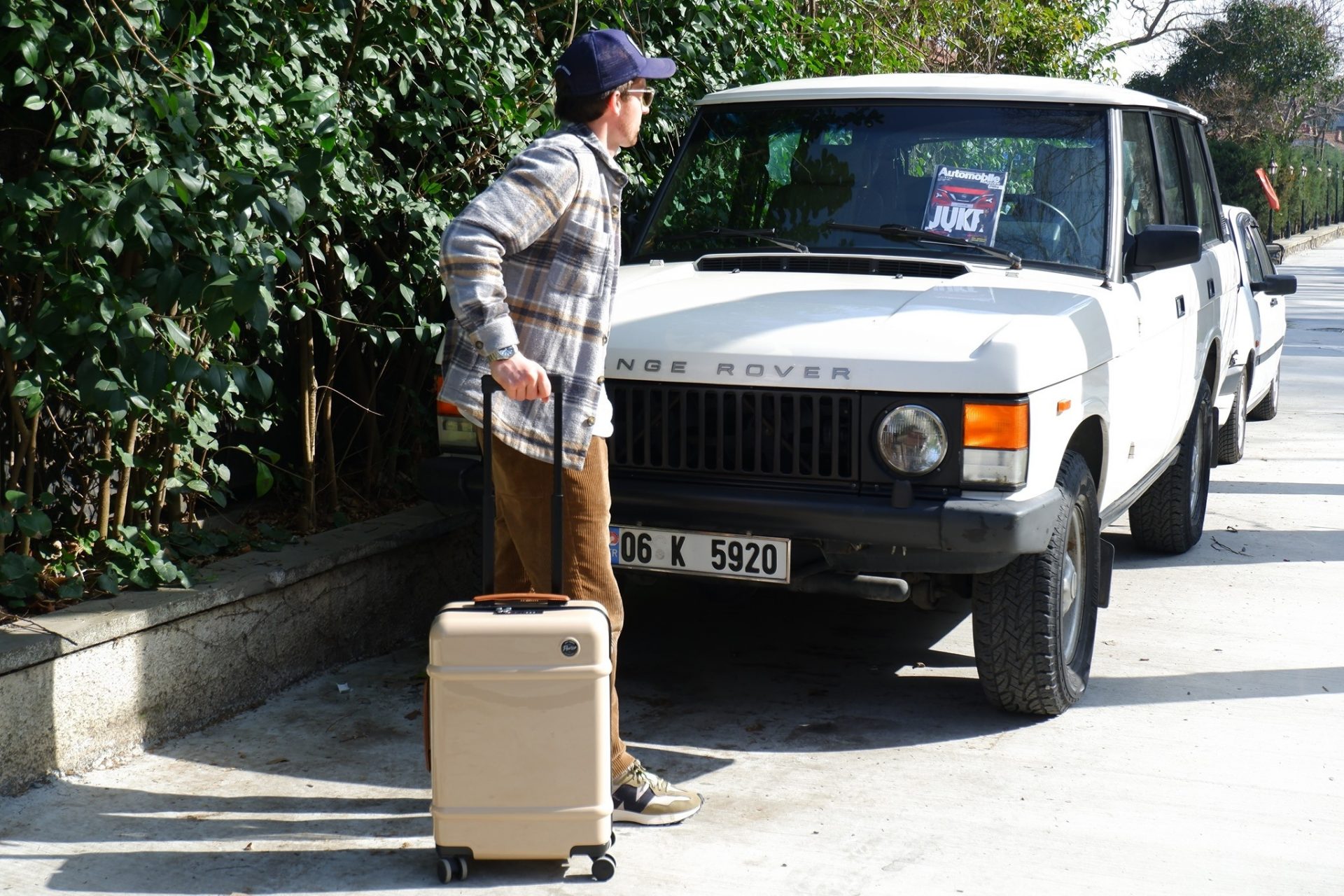 Cripps notes that the prospect of starting a business can be daunting, but with a clear purpose and a considered plan, it can also come easily.

“I wake up every day super motivated and have also been overwhelmed with how helpful people can be. I’ve spoken and listened to some super talented people since I left yachting, I believe Lockdown sparked an openness to share knowledge and stories”

“Take your time. Be patient, do your research”

As for advice on anyone that is aspiring to leave the industry and start their own business Cripps explains that it is about patience and commitment: “Take your time. Be patient, do your research. You need to become an expert in that space. I am learning continuously and no doubt I have a lot more to learn”

As for any regrets about yachting? Cripps has very few, apart from perhaps saving a bit more of his salary: “Looking back, of course financially I could have been savvier. I should probably have a few houses etc. But honestly, I met some friends for life, I met the love of my life and I enjoyed most ( but a few seconds) of every moment”

One thing Cripps claims to have learnt from his time onboard is something that potentially many yachties learn fairly quickly during their time dealing with UHNW clientele, money doesn’t necessarily equate to happiness:

“Success for me has always been purpose. One thing the super-rich teach you is money does not buy you happiness. Find the purpose, really lean into something you are passionate about and no doubt you will become successful”

Cripp’s vision for The Portable Porter Co is for it to become of the UK’s top luggage brands. Ambitious indeed – but with a work ethic that has seen him through years in an industry like yachting, there is a high chance that he will succeed in his mission.

What are Cripps’ three pieces of advice for those who are inspired by his story and may be wanting to follow in his footsteps in their Life After Yachting journey?: “Back yourself, Budget, Enjoy the journey. Every cloud has a silver lining, for those looking to leave yachting there really is so much opportunity out there. Apply that same work ethic and eye for detail and lean into that next step. There’s a lot more fun to be had”

Previous articleAre Superyacht Crew With Tattoos Still Less Likely To Find Work? Next articleWhat Visas Do I Need To Work On A Yacht?