Meet The Team of Atlantic R2R!

We recently interviewed Atlantic R2R to find out all the need to know information before they embark on their row across the Atlantic. The article is linked here. Now we get to meet each team member and find out what made them sign up for this extreme challenge: 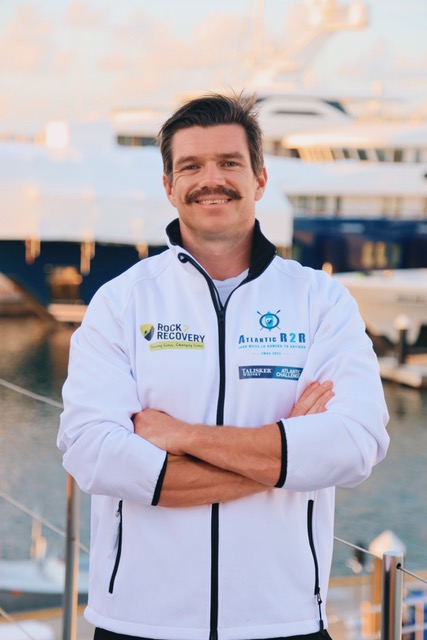 The Welshman of the team, although he currently lives in Scotland with his wife and two children. Seb is studying for his Master 3000gt whilst exploring his new hometown and figuring out parenting! Seb grew up landlocked in the heart of the Brecon Beacons, Wales. He had a love for the water, spending half of his weekends sailing on Llangorse Lake.

After jumping between jobs in the French Alps and looking for a change in life direction, Seb eventually arrived in Antibes with his tent and €200. He began walking the docks looking for work. His determination paid off. He spent the next 6 years on a 55m superyacht, meeting his wife Jenna along the way. Seb has completed 5 Atlantic crossings, and for the last three years, he has been working as Chief Officer on a 49m expedition yacht exploring the coasts of the USA and Mexico.

Long distant challenges are not a new thing for Seb. During his time, he has completed the 1500km cycle from Chamonix Mt-Blanc back to Brecon, Wales. He has also completed a solo 3000km ride from Agadir, Morocco, to La Ciotat, France. Seb is highly competitive, and although he may not vocalise it, he will have World Records in the back of his head throughout the training, preparation, and race. He is hoping to utilise his navigational skills and determination to achieve as fast a finish as possible!

Mental health has been a subject Seb feels strongly about because of family reasons, and he is excited at the prospect of helping to raise awareness and money for Rock2Recovery.

Jordan was born in the small seaside town of St Ives on the Cornish Coast. At the age of seven, his family reluctantly up sticks and moved to the North of England. They opened a successful Bakery business in York, selling mainly Cornish Pasties, among other delightful treats! Jordan and his two siblings were very involved in the shops’ day-to-day running, providing them with invaluable people skills. Jordan’s genuine passion for ocean and water sports came about when he and his family moved their lives to the Canaries, where he discovered his passion for Kite surfing at 14 years old, which eventually developed into a teaching career.

Jordan was tempted into the Yachting Industry by his cousin back in 2012. During the last 9 years, he has travelled far and wide to French Polynesia, East and West Coast USA, Papua New Guinea, and Vanuatu, to name a few. Having visited his family numerous times in Skye over the last 5 years, Jordan gradually became attached to the Isle and bought a cottage. He plans on moving to Skye in the next couple of years to start a family and settle down. Jordan’s not much of a rower. However, he’s highly motivated and very competitive when called upon. Jordan commented:

“Come 2023, the team and I will be gunning for gold and chasing records. Rock2Recovery will always be in my mind and the other members of the team. We want to do the charity and members of the Armed Forces proud and raise as much as possible for a very important cause.” 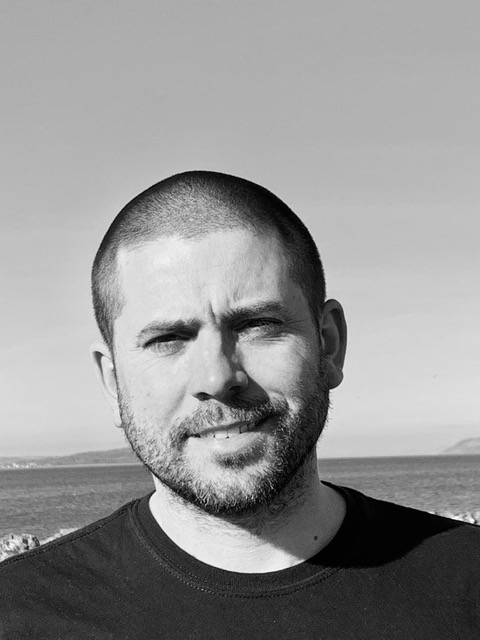 Tom is currently a Plumber/Construction project manager. Originally from Portsmouth. Tom lives on the Isle of Skye, Scotland, with his wife and 2 kids. One of 4 siblings and son of an ultra-competitive father, competition has always been in Tom’s blood.

His dad coached the local high school running team, and tom started training with them from 6 years old. By 9 he was racing in under 18’s fell runs. Tom always had a love of the water and spent a lot of his youth running to the beach to swim, surf and eventually sail.

Tom joined the army alongside his then gym partner Paul. Both joining 2PWRR light role infantry. Scoring top 5 on a battalion competition, Tom had the option to move to Sniper platoon, where he spent the rest of his army career. This job would entail carrying all their 120lb of equipment on their backs and spending up to 6 weeks living in a 4 man op (hole in the ground) doing 2hrs on 2hrs off. Serving in Iraq, Northern Ireland, Oman, Canada and many other places.  In the last few years, Tom has competed in Numerous mountain marathons and Ultra marathons and ran the Loch Ness marathon in bare feet!

The chance to row The Atlantic represents a fresh challenge for Tom. He will bring to the team not only the experience of working and living in a confined space for long periods of time, doing 2 on 2 off but also a calmness in crisis and decisiveness in action installed by his military training. He is most definitely in it to win it!

The charity Rock2Recovery is close to Tom’s heart after the suicide of another friend and former team commander Danny Johnstone. It means the world to Tom to represent and raise money for such a good cause as Rock2Recovery.
Danny will be on his mind throughout this challenge.

Paul was born in Hertfordshire and moved to Hampshire at 11 where he spent his formative years. At 18, while trying to figure out his next move, he and Tom met and formed a bond that’s lasted through a military career to this day. At 21, He joined the Princess of Wales Royal Regiment, serving in many operational tours of Northern Ireland, Iraq and Afghanistan. His experiences to date have instilled in him a strong will to dominate events and a sense of humour in adversity. He is currently living with his wife and two children in the Scottish Highlands. He is still serving in the 3rd Battalion, the Royal Regiment of Scotland, as the Company Sergeant Major of the Information Surveillance and Reconnaissance Company.

“The Talisker Whiskey Atlantic Challenge presents an opportunity for an adventure too exciting to miss!  Throughout an 18-year career in the military, I have seen first-hand friends and colleagues that have struggled with and ultimately lost their lives battling mental health issues. So an opportunity to raise money to help veterans struggling with mental health issues is one not to sit out on.”

Richard Parkinson (57) from the Isle of Skye, Scotland – Self Employed Hotelier

Richard grew up in Cornwall surfing from the age of 13, a passion that he has continued around the world. He now lives on the Isle of Skye with his wife of 30 years. Together they run a guest house and self-catering business. Richard’s first experience of rowing was racing Cornish Pilot gigs in Newquay in the 80s. He resumed this hobby in 1990 with the fledgling St Ives club and raced for Zennor all over Cornwall and Devon. They made it to the 1998 world championship finals. Richard’s main boast during this spell was being dropped by the cox for a particular race and having to row for the ‘B’ team. The ‘A’ team, accustomed to top 3 positions, came last without me, and unsurprisingly, the ‘B’ team gained an unprecedented first place.

“I have read just about every book on ocean crossings, whether by yacht, rowing boat or life raft, so I am mentally well prepared. Rowing the Atlantic is a longstanding dream. I never thought the opportunity would come about at my age . I gained confidence recently, learning that one of my old gig crewmates took part in the race recently at the same age I will be.”

“As the oldest member of the team, I see my role as bringing experience, confidence, determination, reason and poor guitar playing. Throughout life I have always thrived in team environments. Fitness-wise, I still feel able to hold mown, particularly where it comes to stamina and the knowledge of raising substantial money and profile for a great cause.”

The Team Of Atlantic R2R

You all must be very close to committing to 28+ Day’s in rowing boat together. Where did you all meet?

This is a strange one, as we have never all been in the same place at the same time. With the line of work we are all in, it is also a little complicated!

Initially, Seb and Jordan threw the idea around… even though they have still never met in person! They know each other through Jordan’s sister, who Seb worked with on a 55m Feadship. Seb has stayed in Skye with Jordan’s father, Richard, who is also in the team. He has met Tom there. Seb has not yet met Paul, as the team was formed at the height of the COVID-19 restrictions, and with Seb’s life at sea and Paul being in the armed forces complicates team meetings!

Tom and Paul are very close friends from school and joined the army together. They have served together in the British Army and settled with their families in the Scottish Highlands and Islands.

Jordan and Richard, being father and son, are obviously very close.

Tom and Richard both live on the Isle of Skye and met a few years ago. However, there is a funny story about how they met each other on a beach in Cornwall about 25 years ago!

I believe that we have built good relationships in the few meetings that we have had, but we all look forward to meeting as a complete group as soon as possible! 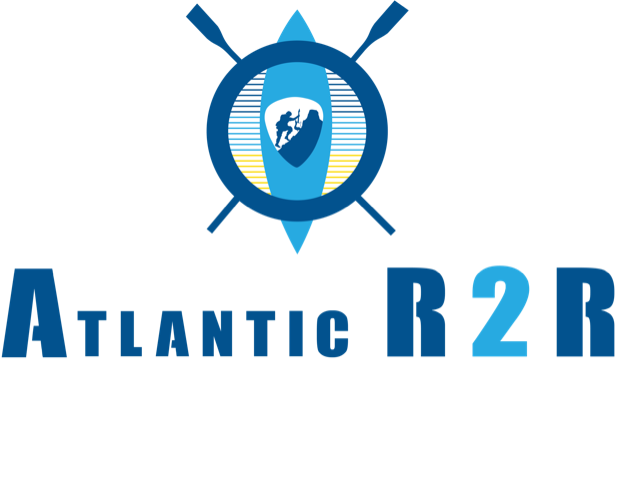 To support these inspirational gents on their up-and-coming challenge, visit their crowdfunding page https://www.justgiving.com/crowdfunding/atlanticr2r.

For the latest news on the yachting industry, go here.