Beach-lovers will be relieved to know that Larvotto Beach Monaco has now reopened after a winter of disruption due to the construction and land reclamation of Portier Cove Mareterra, the exciting new marina, business and residential complex due to be completed in 2025.

What Is Portier Cove Mareterra?
Portier Cove Marterra is a brand new eco-district to be built on reclaimed land between Larvotto Beach and the Grimaldi Forum. Its six hectares will be entirely pedestrianised and include a marina, a park and commercial and residential space, all created in line with the Principality’s goal to be carbon-neutral by 2050. It is set to be an exciting and desirable new location, with a series of walkways connecting it to other areas, including Larvotto Beach Monaco. 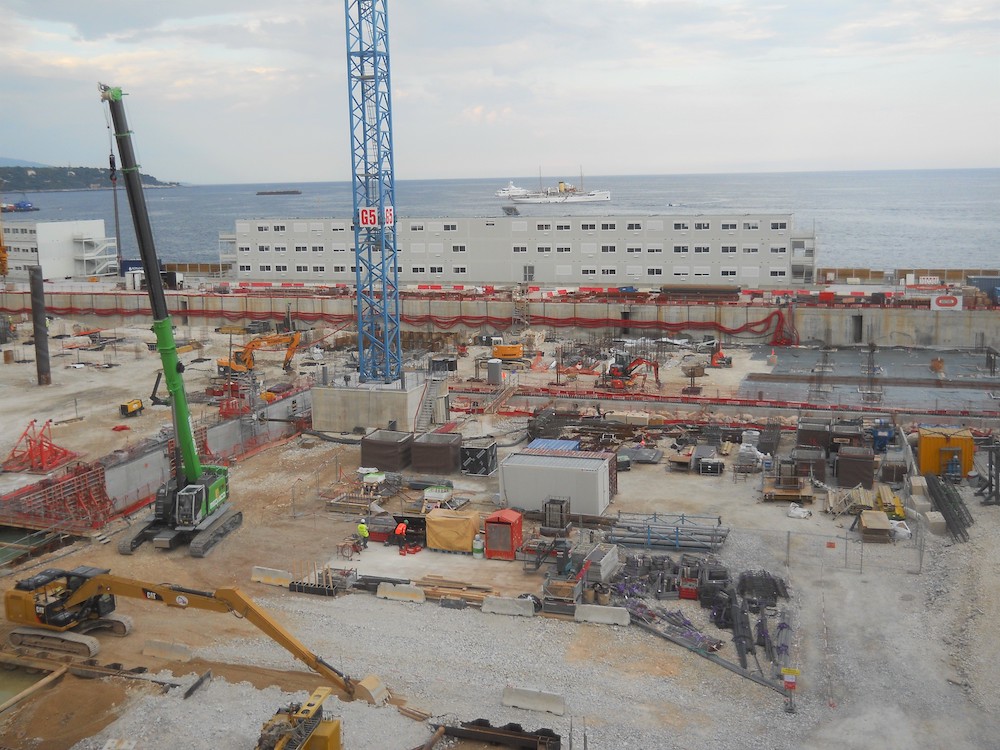 Larvotto Beach Monaco – Has It Changed?
Monaco’s popular man-made city beach is now open until mid-September, between 07:00 – 20:00 each day. Some three thousand tons of new sand have now been added, as well as eighty plants to disguise the construction fencing, and temporary showers and lavatories have been installed.
Beachgoers will be able to access Larvotto beach via a footbridge from Avenue Princesse Grace over the Mareterra Monaco construction site, with the entrance and exit working on a one-way system.
Larvotto Beach Monaco offers clear water teeming with marine-life, and as every year, a net to prevent jellyfish has been put in place. Life-guards patrol the beach, and social distancing must be respected. 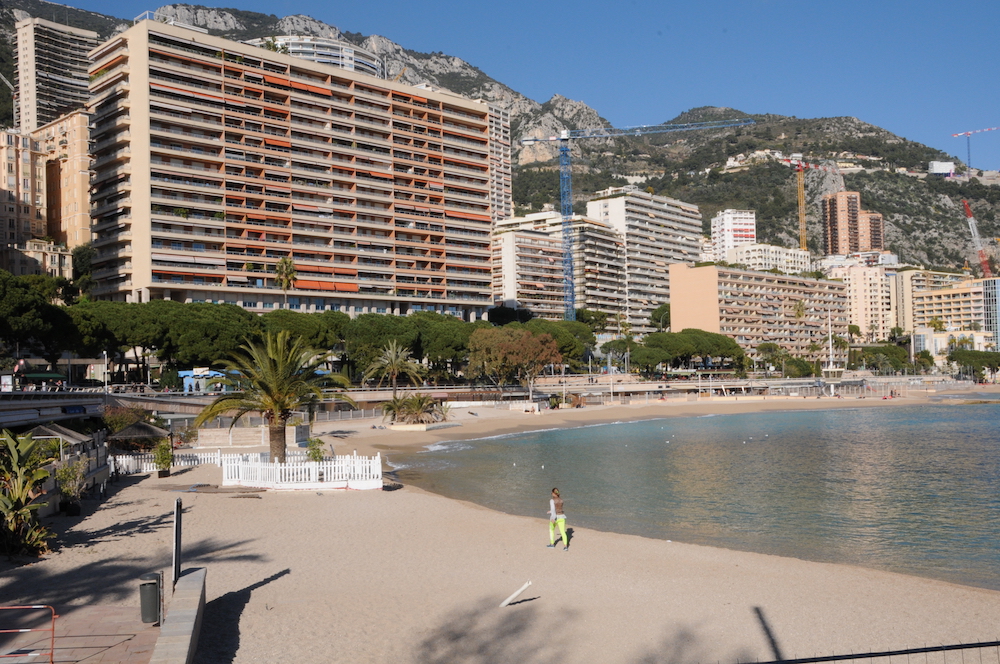 Restaurants on Larvotto Beach
While there are still plenty of restaurants, cafes and beach clubs along the promenade behind Larvotto beach, two outlets will provide hungry bathers with sustenance: the Palais du Maillot de Bain will sell snacks, and Miami will offer a brasserie-style fine dining option. The popular beach clubs, such as La Note Bleue, are temporarily closed and aiming to reopen in the summer of 2021. 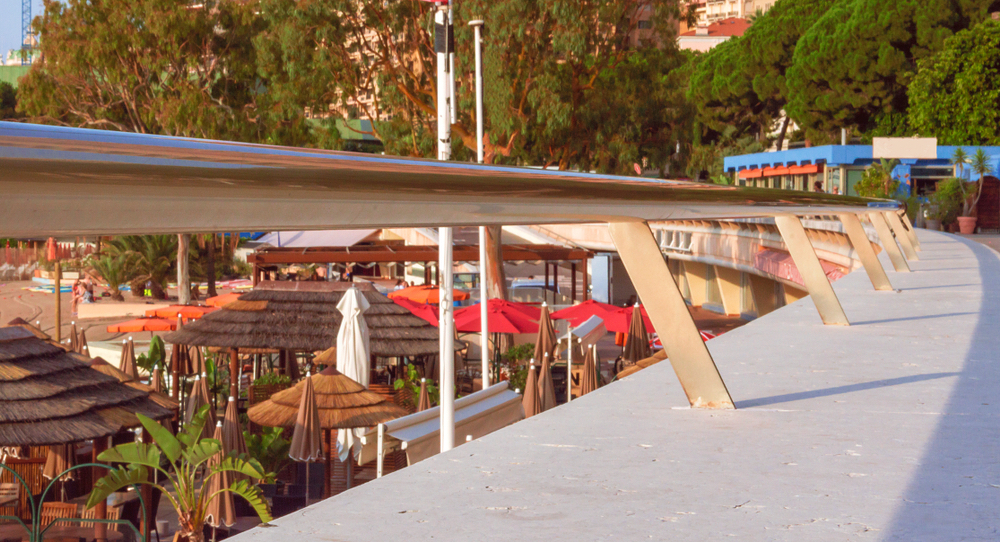 What Next For Larvotto Beach Monaco?
After the summer, Larvotto Beach will undergo a transformation linked to Portier Cove Mareterra, with the creation of two promenades.
On the upper promenade, expect to find extended shady public areas, tree islands, a children’s playground and a one-kilometre long cycling path. In addition, the Fontaine de Lartigue, a 1970s tribute to Princess Grace, will be restored. The lower promenade on the beach level will be lined with shops and eateries.
With the aim of making the Principality carbon-neutral by 2050 firmly in mind, street lights will use solar panels, and there will be electric terminals for charging e-bikes. Escalators and elevators will facilitate accessibility between the upper and lower promenades and the parking zone.

Works at Larvotto Beach Monaco are set to continue from September 2020 until June 2021, when the new shoreline will be unveiled. On the seafront, beach protection will be improved by a series of wave breakers. We can’t wait to see the transformation!