The island nation of New Zealand – also known by the Maori name Aotearoa – is a major yachting destination in the South Pacific. Read on to discover the best superyacht marinas in New Zealand and what they have on offer for captains and crew… 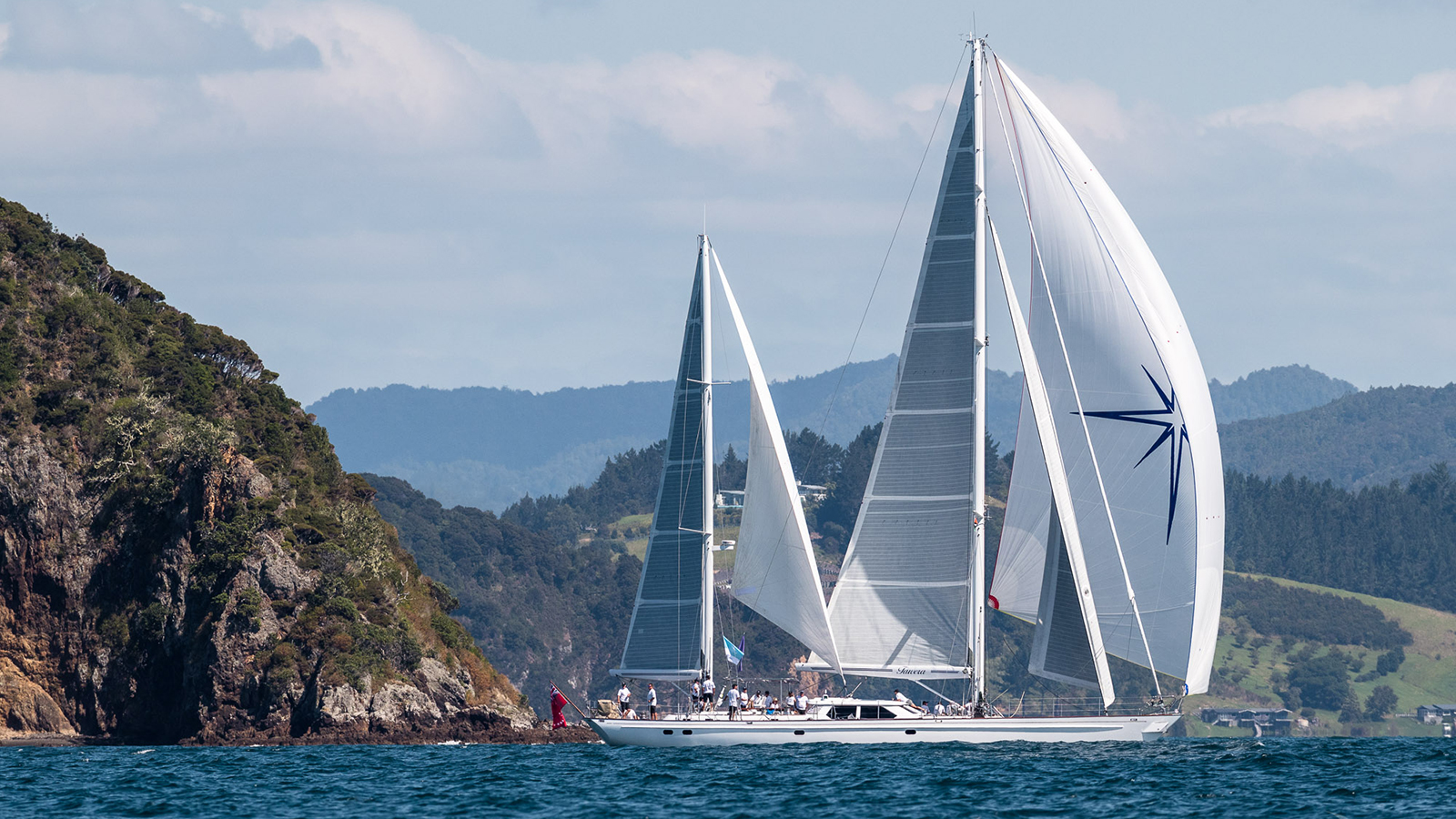 Cruising grounds feature scenic Sounds, hidden coves and majestic fjords, while the shores are enriched with indigenous cultural sites, volcanic landscapes and a renowned winemaking industry. The country has also become a refit destination for superyachts departing the tropics and looking for a safe haven during cyclone season. Here is our list of the best superyacht marinas in New Zealand for visiting crew.

Of the four marinas covered in this report, the Bay of Islands received the most superyachts in the past year. Visitors included 35 metre Life of Riley, 33.53 metre Intrinsic and 30 metre Mahalo, but the marina has a capacity for yachts as large as 120 metres.

Bay of Islands is located in Opua, to the far north of New Zealand, and is a common point of entry for foreign-flagged vessels. “Bay of Islands is a beautiful part of the world” describes the captain of 36.88 metre motor yacht Dardanella, which has cruised extensively around the South Pacific. The region is characterised by azure waters and 144 pristine islands, with its cruising grounds playing the designated host of the thrilling New Zealand Millennium Cup regatta held every spring. 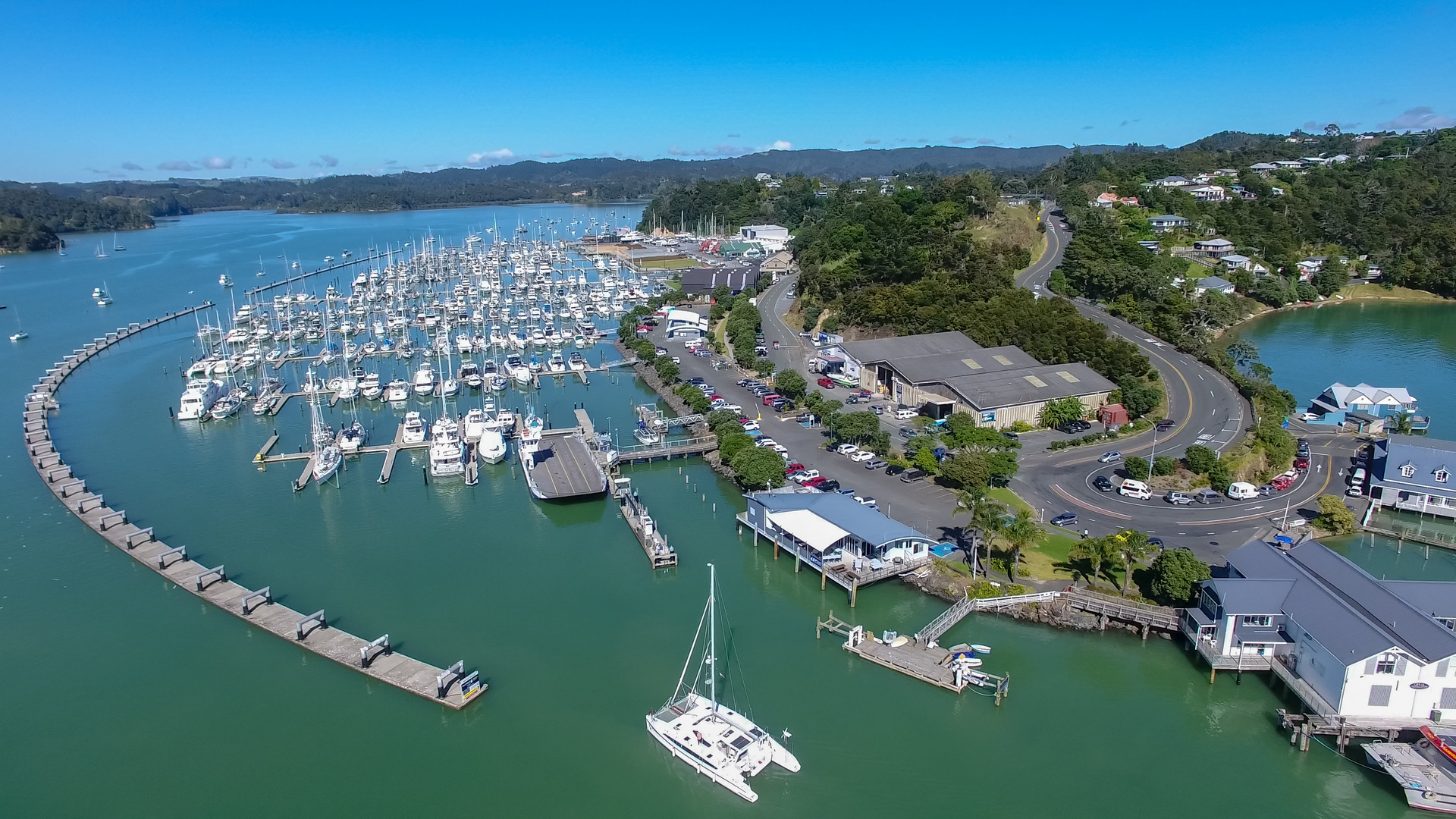 Refitting services are available at the Opua Marine Hub, offering 50 specialist businesses on-site together with a couple of well-reputed chandleries. Duthie Lidgard of Catalano Shipping Services notes that there is “plenty” of crew accommodation in the area, ranging from motels and hotels to rental houses. Other amenities alongside the 400 berths include three-phase power, water and pump-out facilities, and waste collection, with security-controlled access to the marina.

Opua is quaint, so the main hangouts for crew in the town are the Opua Cruising club and Marina Café. Dardanella’s captain advises exploring further afield on days off, visiting places like the “old, traditional town of Russell” with a meal at the historical Duke of Marlborough pub. Another popular crew hangout in the Bay of Islands is Charlotte’s Kitchen in Phalia.

Nature and outdoor activities are the main attractions for crew during downtime in the Bay of Islands. Lidgard recommends exploring the “walks, bike tracks, and waterfalls” of the surrounding islands. The New Zealand tourist board has reported sightings of marine wildlife including dolphins and whales, making it a good place for snorkelling, plus culture vultures will have an opportunity to learn about Maori history at the local treaty grounds.

Whangārei is another yachting hotspot on the north island with a strong tradition of boat building and shipping. Port Nikau Wharf opened in the area recently and is still undergoing works for further expansion. Nonetheless, it has already hosted sizeable superyachts including 81 metre Sea Eagle II, 60 metre Odyssey, 54 metre Latitude and 45 metre Imagine. Karma Butler of local superyacht agents UrbanSea says that “Crew love it here as the city centre is five minutes up the road and there is a very laid back feel, with beaches and forests so close.” 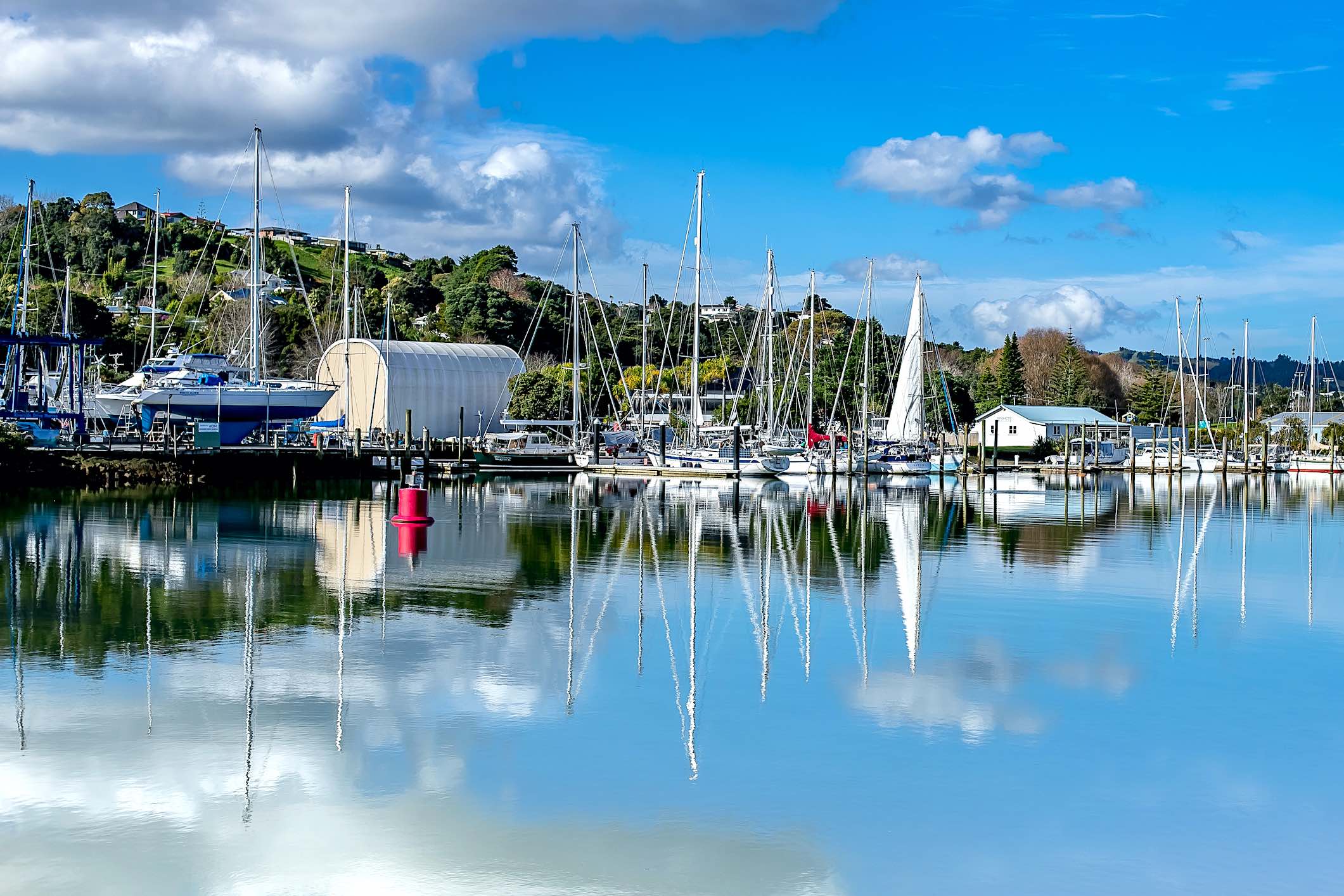 Superyachts up to 90 metres can be hosted at Port Nikau, with berthage supported by a marine fuel stop, a boat ramp, power and water. The marina also boasts over 5,000 square metres of wharf space for refits and servicing. By 2023, Port Nikau will offer three piers dedicating to hosting 120 recreation vessels in total, serviced by a new 560 tonne travel lift, making it one of the best marinas for superyachts to visit in New Zealand.

Port Nikau is also the headquarters of UrbanSea, which will be able to assist crew with airport pickups, accommodation arrangements, provisioning and more. Their most popular serviced crew houses include cottages on 30 First Avenue and 36 Mill Road.

For days off or evenings out, “the loop” – a 4km walkway around the town basin – has numerous restaurants and cafes, as well as galleries like the the Hundertwasser Art Centre, on offer. The UrbanSea team recommend the waterside eateries of The Quay Kitchen, Going Loco, The Butter Factory, Kafé, No.8 Whangarei and Split as the top places for crew to hang out.

For taking time off the vessel, the region has tropical beaches, world-class golf courses and lush forest for nature lovers to enjoy. Sporty crew can organise a trip of paint-balling or mountain biking with local company Heads Up Adventures, or for a more relaxed weekend away, UrbanSea suggest overnighting at the “Eco-Glamping” Marua Retreat in rural Northland, which happens to be owned by a former captain. Venturing further afield, crew can explore the impressive dive sites of the Poor Knights Islands – followed by a stop at nearby Schnappa Rock restaurant.

Located in the Wynyard Quarter of Auckland, Orams Marine serves as the gateway to the Hauraki Gulf cruising grounds. Regatta-winning vessels like Janice of Wyoming, Ravenger and Miss Silver have all berthed at this marina, which can accommodate superyachts up to 90 metres LOA. 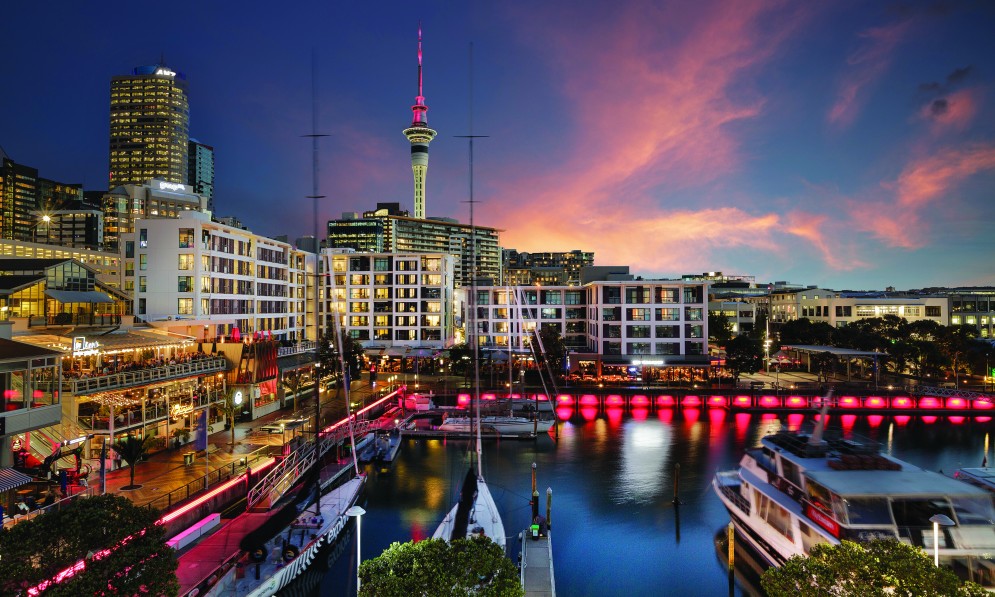 The marina provides services like customs clearance, provisioning and logistics. Following a recent renovation, extensive refit facilities on site now include 60 metre boat sheds, a 600 tonne slipway and an 820 tonne travel lift – which is now the largest in the southern hemisphere.

At Orams Marine, the city is right on your doorstep. The captain of Dardanella cites the nearby Viaduct Harbour and Ponsonby areas as popular with crew. His favourite hangouts include roof-top bar Carousel and craft beer bar Hoppers, while Orams Marine recommends that crew sample some of the 60 rums on offer at the aptly named Captain’s Bar in the Park Hyatt hotel. On a sunny morning, crew can walk 20 minutes from the marina to the Buoy café on Westhaven Promenade, popular with both locals and yachties. Dardanella’s captain notes that AirBnB’s organised privately are the most common form of crew accommodation in the city, but visiting crew can obtain an Orams Crew Card for discounts on restaurants, gyms and more across the city during their stay.

For crew looking to get out of town on days off, Dardanella’s captain recommends catching waves in Piha, taking a tour around Waiheke Island, indulging in a shopping spree at the Matakana Sunday markets or tackling the three-hour mountain bike trail to geothermal hotspot Rotorua.

The Marlborough Sounds are an extensive network of charming waterways on the northern tip of New Zealand’s South Island. Visitors are drawn to the tranquil cruising grounds as well as the vineyards on shore, which are famed for producing the country’s top Sauvignon Blanc wines. Here the marinas are often smaller, as Dardanella’s captain explains that boats passing through are more likely to drop anchor in sheltered bays then heading into a port. “Picton is beautiful. You’ve got the vineyards, you’ve got the Sounds. It’s really picturesque,” he notes. 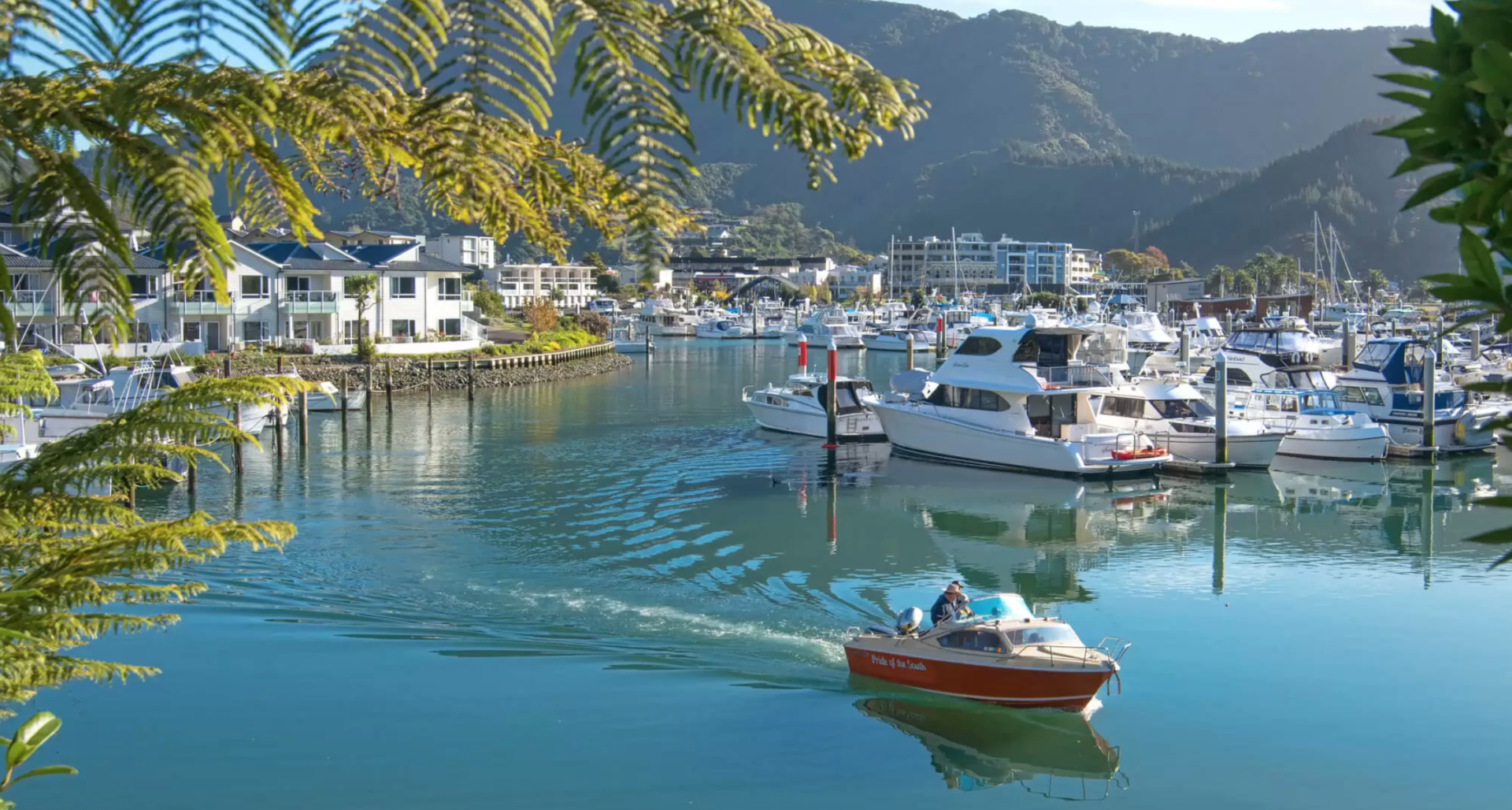 Picton Marina is one of the larger marinas in the Marlborough Sounds. It is only 10 minutes away from the local airport and can accommodate yachts up to and over 35 metres LOA. Services encompass electricity, water, laundry, fuel, waste disposal and 24 hour security. Hotels, motels and rental apartments provide crew accommodation close to the marina. In the last year, superyachts including 34.14 metre Integrity, 40.16 metre Mahoenui and 32 metre Duchessa I all berthed in Picton.

The town’s tourist board recommends Seumus’ Irish Bar and the Thirsty Pig as two pubs close to the waterfront with a lively atmosphere for crew to enjoy on a night off, complete with live music and sports screenings. A delicacy in the surrounding area is green-lipped mussels, which are best enjoyed at the Mussel Pot Café in nearby Havelock harbour.

For activities on crew days off, the 73.5km Queen Charlotte track is a main attraction in the Marlborough Sounds. This scenic route winds through the native Bush and offers hiking and biking with stunning vistas of the waters. Fishing, dolphin watching and kayaking in the Queen Charlotte track are other activities recommended by the local tourist boards, making this another one of the great superyacht marinas in New Zealand for crew to visit.

To keep up to date with the latest crew articles from Superyacht Content, sign up to our Newsletter:

Olivia is a writer from the UK, living on the Malaysian island of Penang since July 2022. The content Olivia produces largely focuses on luxury travel, the superyacht industry and winter sports.