The 2018 Antibes Raft Race was held on Saturday 14th April with a great turn out from local yachting companies and the public for a fun day at Port Vauban.

Started in 1981, the Antibes Raft Race was created to emulate the Oxford /Cambridge Boat Race but without all the rules! The last one was held in 2012 so the comeback event this year was highly anticipated, with 25 rafts competing with a variety of creative, crazy and wildly engineered raft designs.

Action on the day 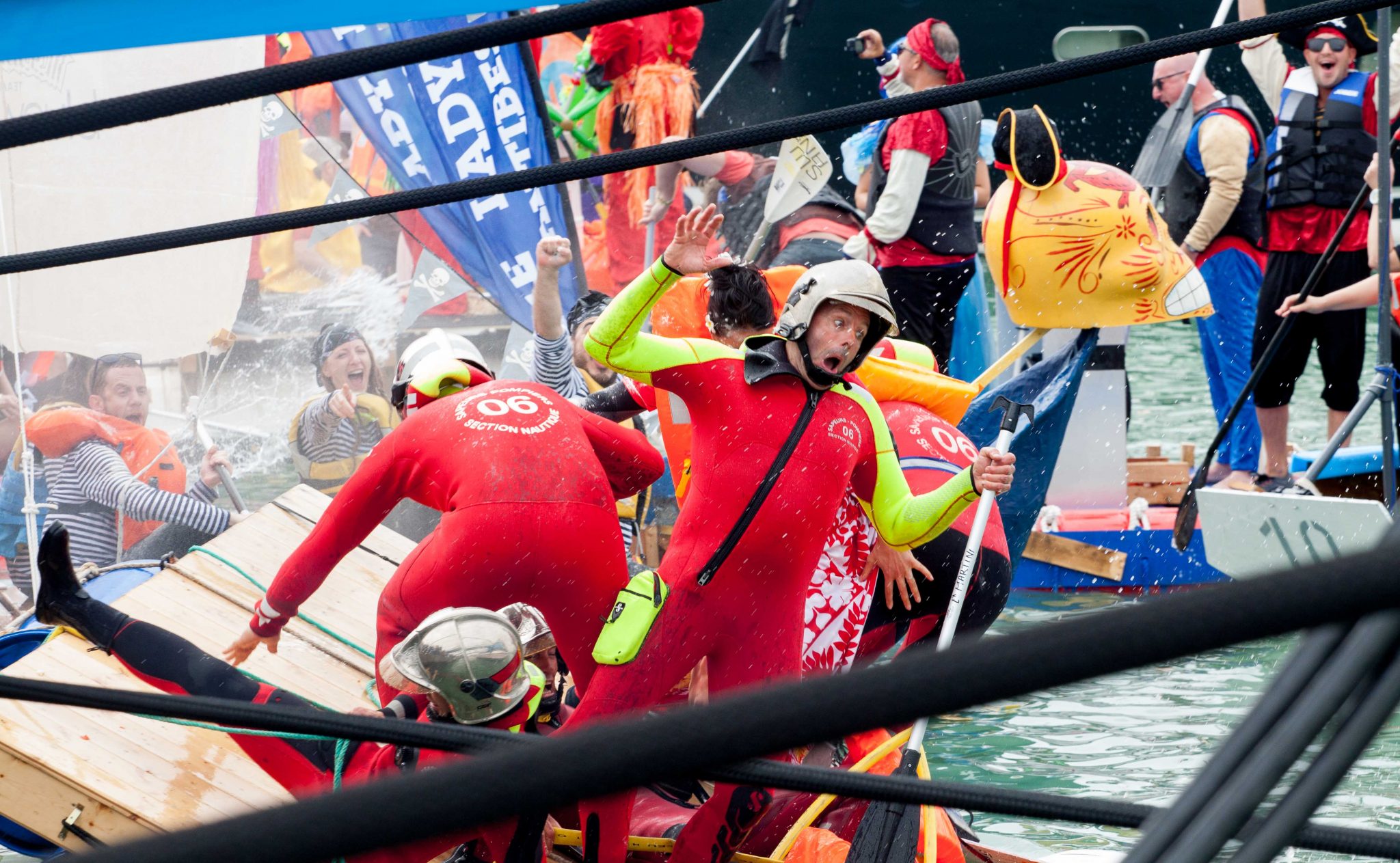 The event motto ‘Who cares who wins!’ convinced people a relaxed and fun event was up ahead. Pre-race build-up took place from 11am on the IYCA at Port Vauban with bagpipes, music, food trucks by The Mother Trucker and The Juice Box, cold craft beer provided by Colgan’s Brewery, chilled glasses of Prosecco supplied by Prosecco 1754 and the red Tuk Tuk on hand for medical assistance from the ladies at Marine Medical Antibes.

All competing rafts lined up, most in fancy dress, to battle it out at Port Vauban. The judges and yachting media were kindly hosted on Excelerate Marine’s Sunseeker 94 and Lord Nelson to ensure the best action shots captured the excitement on the day.

When rafts were underway, ammunition in the form of bananas, flour bombs and shaving foam was hurtled left, right and centre with colourful effect. 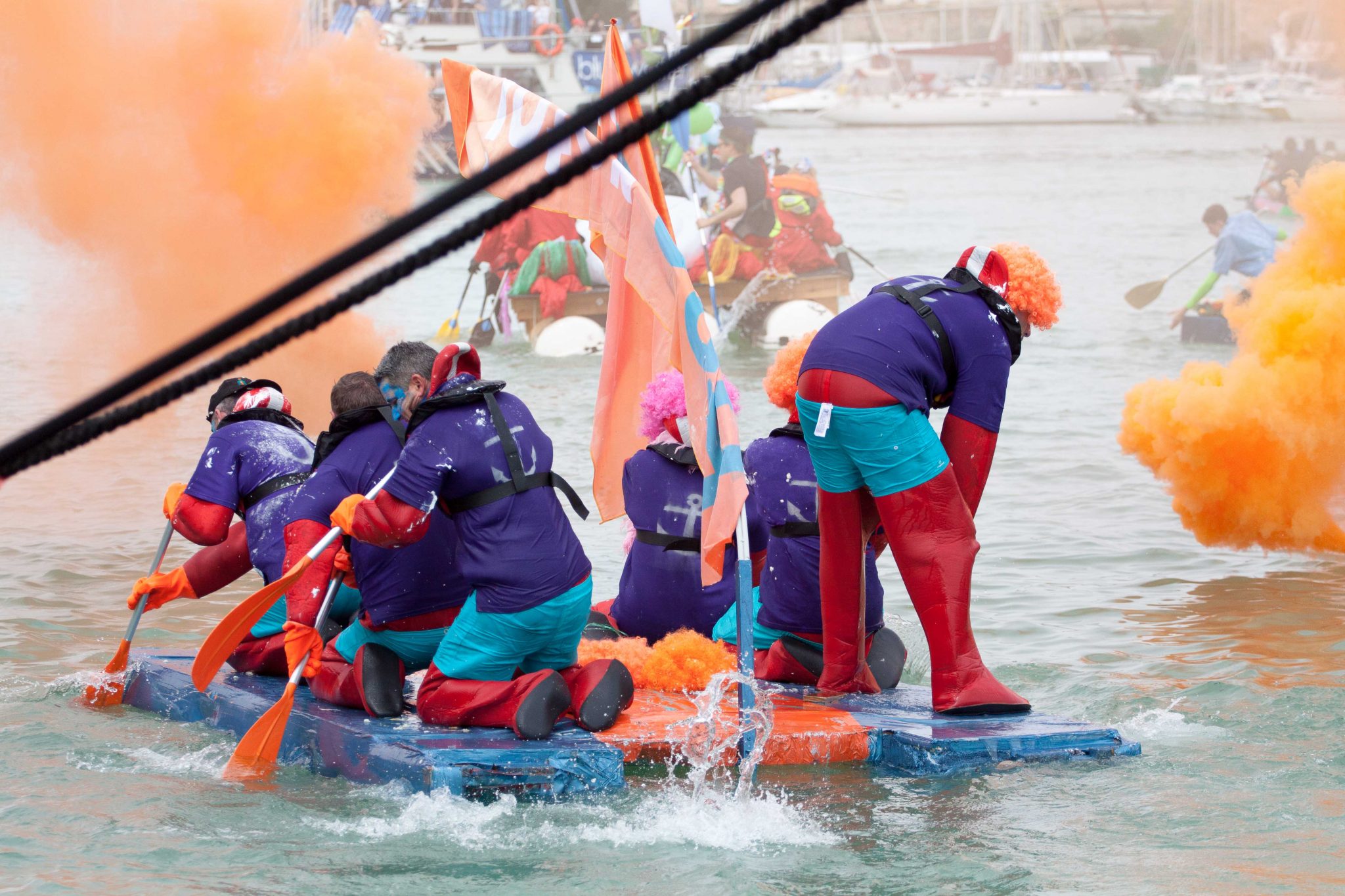 M/Y Kingdom were a hilarious sight dressed as sheep, Bluewater Yachting brought a ‘Day of the Dead’ prow head and the Antibes Pompiers team showed off their paddling skills amidst the orange flare smoke and water cannons from Feadship-built M/Y Madame Gu. 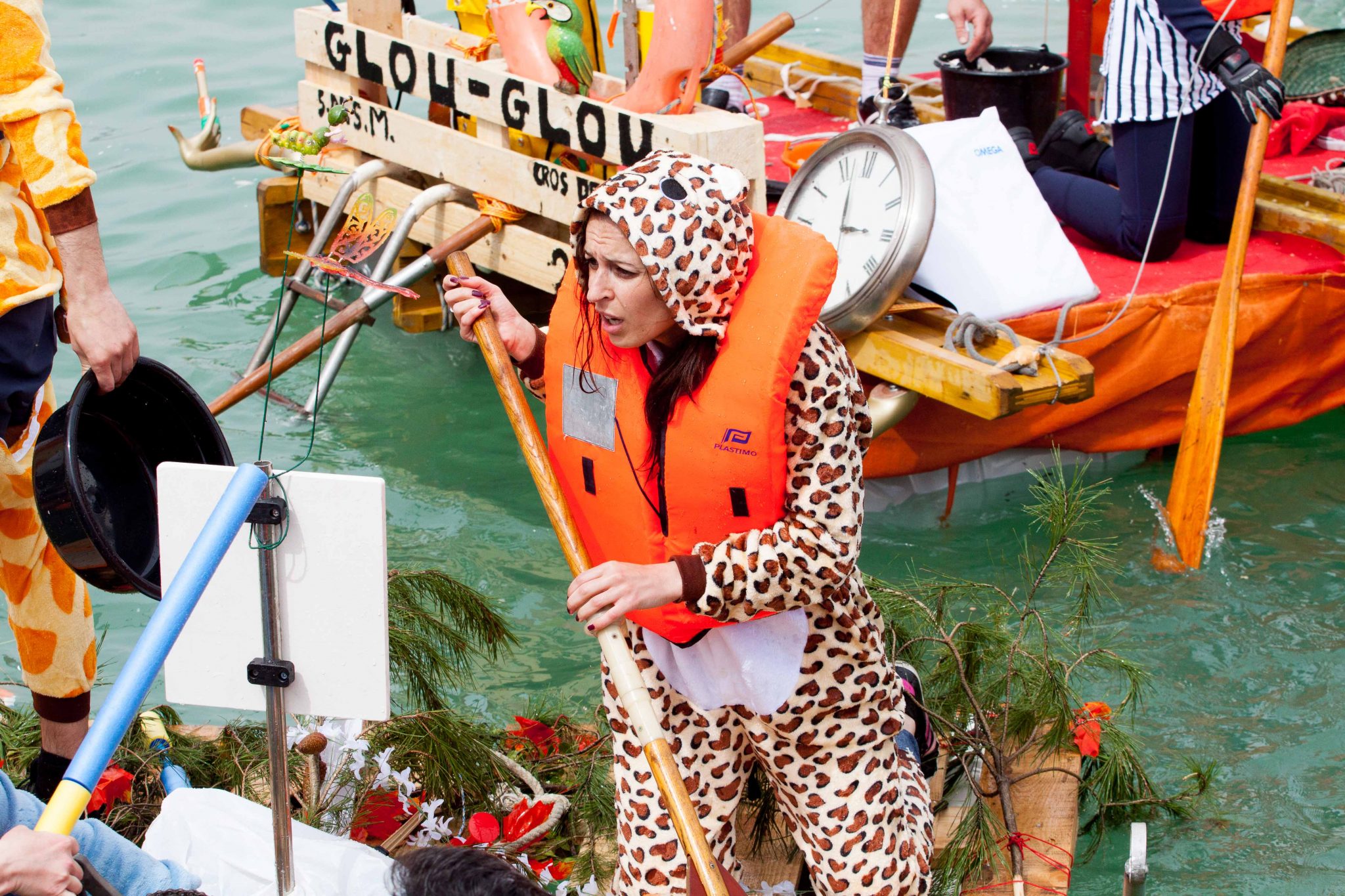 This year two local charities were chosen to benefit from raft race donations. The Antibes SNSM Lifeboat is the largest lifeboat in Alpes Maritimes department, providing sea rescue around the Côte d’Azur and sometimes on occasion called out almost as far as Corsica. Restos du Coeur provide voluntary assistance to the poor, particularly in the food sector through access to free meals and participation in their social and economic integration. 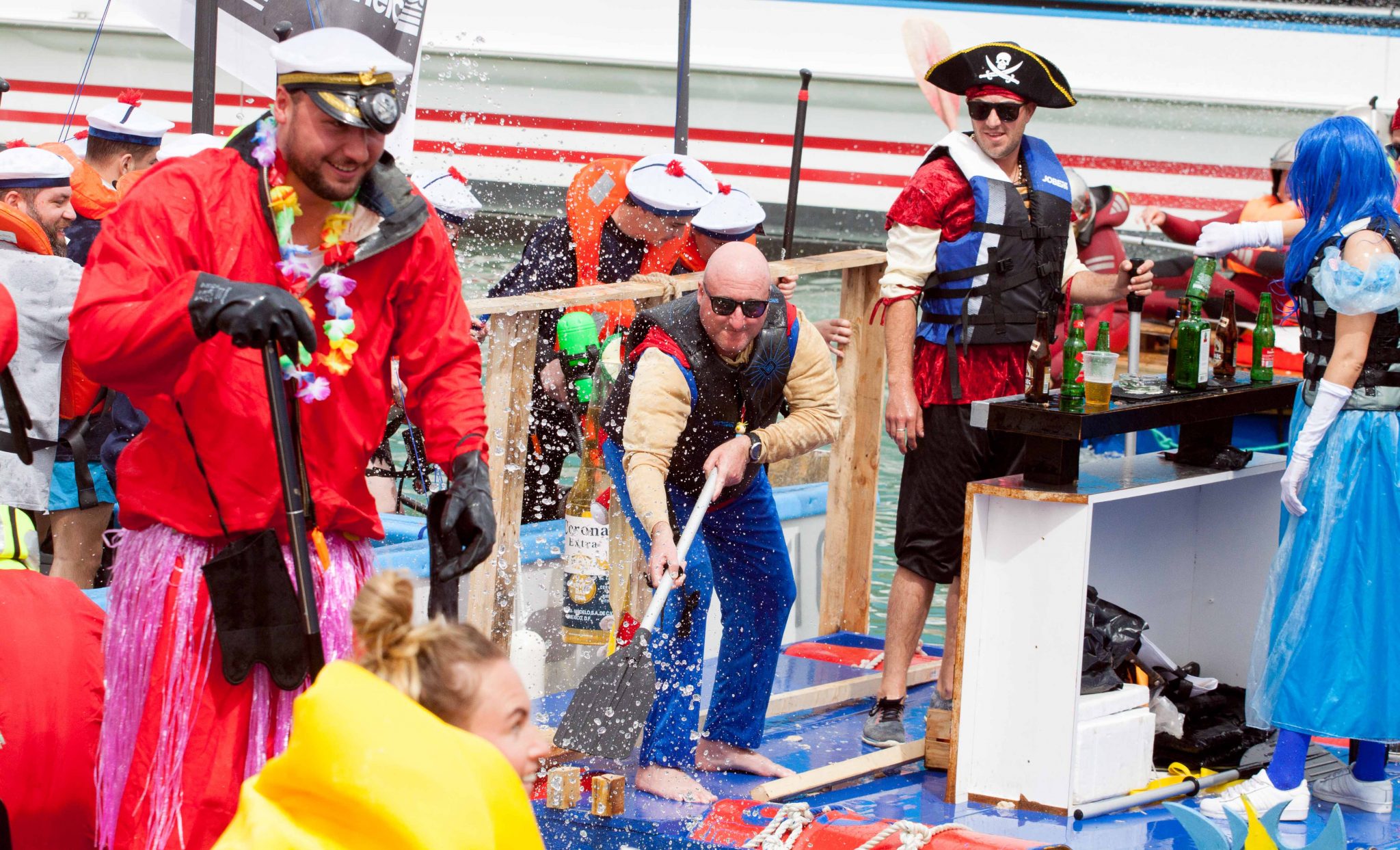 From 7pm, the ‘Shipwrecked’ party took place at the Bastion with pop-up bars from the Blue Lady, Banana Bar and Prosecco 1754 being joined by Biltong Power. Lifestyle Events ensured the crowd were kept upbeat with top-notch sound and lighting that matched the energy from the live bands.

1. The Fastest Raft in town who received the Speedy Gonzalez award from Nautica Assistance was awarded to Edmiston’s Savage Pirates Raft.

2. The Biggest Cheat Award from Octomarine was handed over to Inter-Nett’s raft ‘Inter-Wett’ who craftily constructed 2 identical rafts in a bid to confuse the judges and win!

Well done to the organisers and we hope to see the Antibes Raft Race return again next year!

All photographs by Naneen Photography

Previous articleThe MYBA Charter Show : What a Show, What a City, What a Week Next articleNew age yachting – who’s coming to Australia?

Rebecca is based on the French Riviera. Born in New Zealand, she founded Antibes Yachting focused on copywriting, marketing and business development. She specialises in bringing destinations and brands to life with a luxury twist.