It takes skill and knowledge to successfully captain a superyacht. And as vessels continue to grow in size and regulations evolve, the ownership experience also relies heavily on the competencies and character of the captain. So why do owners’ routes to recruiting and retaining the most talented of captains remain, on the most part, in unchartered waters? Enter OnlyCaptains, the industry’s first executive search and command mentoring service for yacht captains.

OnlyCaptains is a collaboration between Captain Malcolm Jacotine and Captain Brendan O’Shannassy. In a combined yachting career that spans more than 60 years, Malcolm and Brendan have sailed on some of the world’s most reputable yachts, including Octopus, Vava II, Ulysses/Andromeda, Eclipse and Aviva. During this time, both have been directly involved in the recruitment and mentoring of captains and crew and are now applying their experience and knowledge to a new approach to recruitment that delivers support and results.

Working as retained consultants mandated by a yacht owner or their representatives, OnlyCaptains researches, identifies and targets captains whose character, experience and attributes align with the owner’s brief and their vision for yachting.
“Yachts have increased in value, size and complexity over the past decade, as have the expectations and responsibilities placed on captains,” says Captain Brendan O’Shannassy. “By working with partners who share our values of excellence with honesty, transparency and complete commercial independence, we aim to set a new standard within yacht captain recruitment.”

Working in the strictest confidence, OnlyCaptains uses Executive Search techniques underpinned by an established industry network, extensive command experience, structured assessment protocols, and a panel of psychometric tests developed specifically for captains and senior officers in the maritime industry.
“We know from experience that matching a captain to a yacht and client is only the beginning,” says Captain Malcolm Jacotine. “We remain personally invested with our captains and clients through support and mentoring to ensure this most important relationship maintains good health and flourishes.”

As part of a yacht owner’s risk management, OnlyCaptains also provides command assessments for captains moving up to larger tonnage and chief officers taking their first command. This can be supplemented by a tailored training and mentoring package.

OnlyCaptains – for Captains, by Captains. 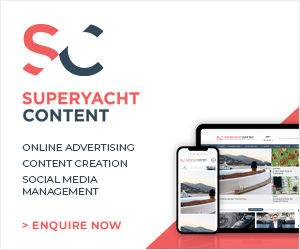