The World’s fastest yacht is a great title to hold. After all, Superyachts, and especially Mega yachts are all about Excess. Whose yacht is better than everyone else’s

The title, “World’s fastest yacht” can be held by a number of yachts and the overall fastest is much, much quicker than this one. But, there is a difference between a yacht, Superyacht, and a Mega Yacht. For the sake of this article we are talking about the world’s fastest yacht in “Mega Yacht” terms i.e. over 100m in length.

Launched by Lurssen in 2013 and measuring 180m, M/Y Azzam was, at the time the largest yacht in the world. She was only beaten by the as yet unfinished REV Ocean last year when she was launched measuring 182.9m. So, Azzam is no longer officially the largest but she is definitely, for her size at least, the fastest.

Azzam was not built to be the World’s fastest yacht, or indeed the world’s largest yacht either. She was originally designed to be 145m but in the process of “optimisation” she grew.

During sea trials in the North Sea she reached 32 knots. She can reach a max speed of 33 knots. That’s quick for any yacht, but a 180m one! Can you imagine? 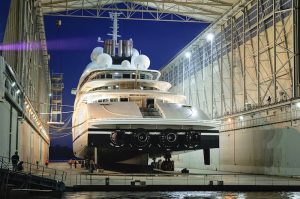 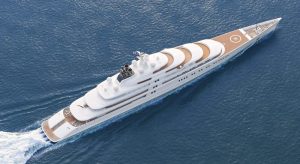 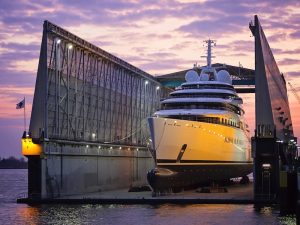 Yacht Jobs: 5 Things To Avoid Asking in Your Interview