Please help us give this Clipper Race tragedy a silver lining

The Round the World Clipper Race is one of the world’s best-recognised sailing schemes – and a true test of strength, determination and willpower for all those brave enough to take part. You will cover 40,000 nautical miles (if you do the whole race) in a 70 ft ocean racing yacht – battling the elements and working as a team to keep yourselves afloat.

For many, the Clipper Race is a once in lifetime opportunity, and with no sailing experience needed, anyone can sign up to do it. Clipper market the experience to lawyers, bankers and other busy business people as a way to escape the boredom of city life and enjoy an adrenaline rush like no other.

However, after 3 deaths in 2 consecutive years, some people are asking questions about the safety culture onboard these boats, and the experience of the skippers who take their crew of relative amateurs into some of the harshest sailing conditions on earth.

Fullfilling a dream that lead to tragedy

This year Simon Speirs was swept into the sea on day 18 of the race whilst helping to change a sail in gale force winds. His tether was attached, but in the chaos of a storm he became separated from the boat and was left in the water for 36 minutes whilst his crew began a tricky MOB recovery. Eventually, they managed to bring Simon back onboard, but he never regained consciousness.

A life-long love of the water

For Simon, sailing adventures had been something of great interest since childhood. In his blog (Simon Round the World) he explained that his love of the water was something he adopted in the 1960s, inspired by sailors such as Sir Francis Chichester and Sir Chay Blyth.

I became fascinated both by the sense of adventure and also by the thought of the power of the great oceans of the world. That fascination was mainly fed for the next few years by reading books about many and varied adventurers and expeditions.

A man driven by the will to do good

However, it was in 1992, when he watched the Whitbread Round the World Race fleet under full sail, that the fires of desire were truly lit. Back then, the timing wasn’t right for him to embark on an expedition as epic as a circumnavigation, but he began dedicating his time every other year to undertaking solo and unsupported sailing challenges for charitable causes. 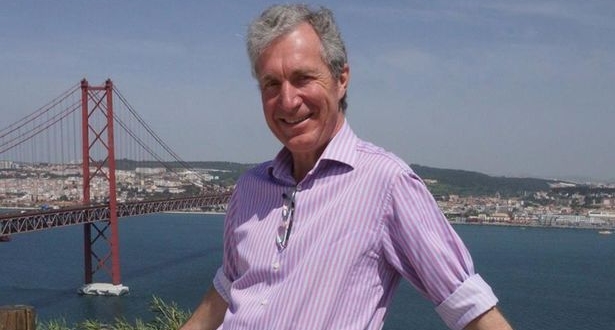 A race for the needy

This year was no different, he was racing with Clipper for two charities that were very close to his heart. The first is Practical Action, who use low tech solutions to help the world’s most vulnerable, whilst the other, Orbis, is a charity set up to teach local practitioners how to perform cataract operations in the developing world. Both were chosen due their small size and Simon’s determination to help make a difference to lesser-known charities.

His family have said that they take some comfort in knowing that he died doing something that he loved and had wanted to do for so long. All of us at Superyacht Content are humbled by the achievements of a man who dedicated himself to helping others through sailing. Our thoughts are with his loved ones at this very difficult time.

So please, let’s keep racing for Simon, and help him to beat his £10,000 target. From the tributes that have been pouring in already, it is clear that he was an extraordinary man who will leave an extraordinary legacy.

You can donate here.