MB92 has reported a Successful first year of collaboration with Seabin. With the removal of the equivalent of 65,000 33cl plastic bottles. MB92 Barcelona is a world-leading superyacht refit shipyard located in the port of Barcelona. They announced that it has collected 570 kg of waste. The equivalent of 65,000 33cl plastic bottles, over the past year thanks to two sea bins installed in its facilities. The waste included everything from industrial plastics, bottles, cans, packaging, and disposable PPE such as masks, textiles and organic ocean waste.

It began in 2019 and forms part of the water quality improvement objective of its sustainability plan. It was created in order to manage the debris that is transported into the port from the Mediterranean by the tide. The first sea bin was installed in partnership with one of the shipyard’s most environmentally aware customers. The 80-metre superyacht MY Talitha, who helped MB92 with the acquisition and installation. Despite the large quantity of waste collected throughout 2020, the shipyard estimates that, in a year without the global pandemic, the figure could have been as much as 780 kg.

The Seabin Project was devised by Andrew Turton and Pete Ceglinski in 2015. It started from a simple idea. If there are bins on land, why not install a bin in the water to filter waste from the sea? Over time, the scope of the project evolved. It developed into a comprehensive research, technology, and educational initiative with global interest and reach. The goal of the creators, also shared by MB92, is ambitious. Improve the water quality of all oceans so that we might live in a world without the need for sea bins.

How do they work?

The sea bins work by moving up and down with waves. They collect all waste that passes through. Water is sucked from the surface using a submersible water pump. (capable of displacing up to 25,000 litres per hour). It then passes through a collection bag inside the sea bin itself. Each unit plugs directly into an electrical outlet. Once activated it enables the water to be pumped out while retaining the debris within the sea bin bag.

The shipyard’s maintenance team is responsible for monitoring and emptying the contents. This is once or twice a day depending on how full they are. The results of the extraction are then sent to the Seabin Project team for analysis and research purposes.

A process in constant improvement

Each sea bin has the capacity to collect about 6kg of waste in its basket. This may not be enough on stormy days or rough seas. The Seabin Project is working to improve the results for those days when the tide brings greater amounts of waste. The aim is also to expand the level of participation in the project to collaborators and ports. Among these, in addition to MB92: Marina Port Vell and Port Adriano (Spain), Safe Harbor Marinas (USA), Le Grande Motte and Poralu Marine (France), Porto Montenegro (Montenegro) and Wärtsilä (Finland). 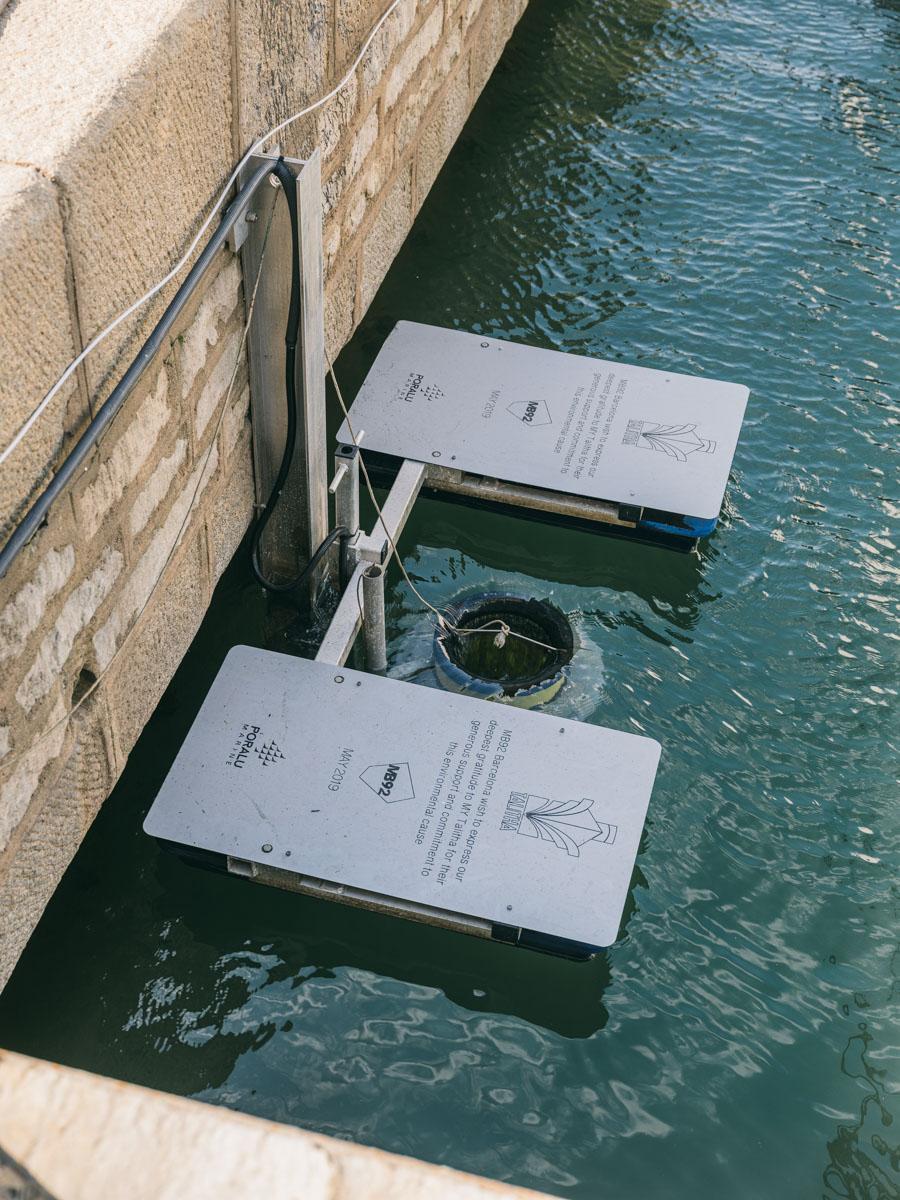 Previous articleRagnar – The Toughest Yacht on the Planet Next articleLife after Yachting: Matt Redstone Global Services

A seasoned Superyacht industry expert with over 25 years experience including sea time and Yacht management. The Fleet Captain has a background in marketing and management prior to yachting. A serial entrepreneur and big supporter of all things yachting. Get in touch if you would like him to publish your story. fleetcaptain@superyachtcontent.com